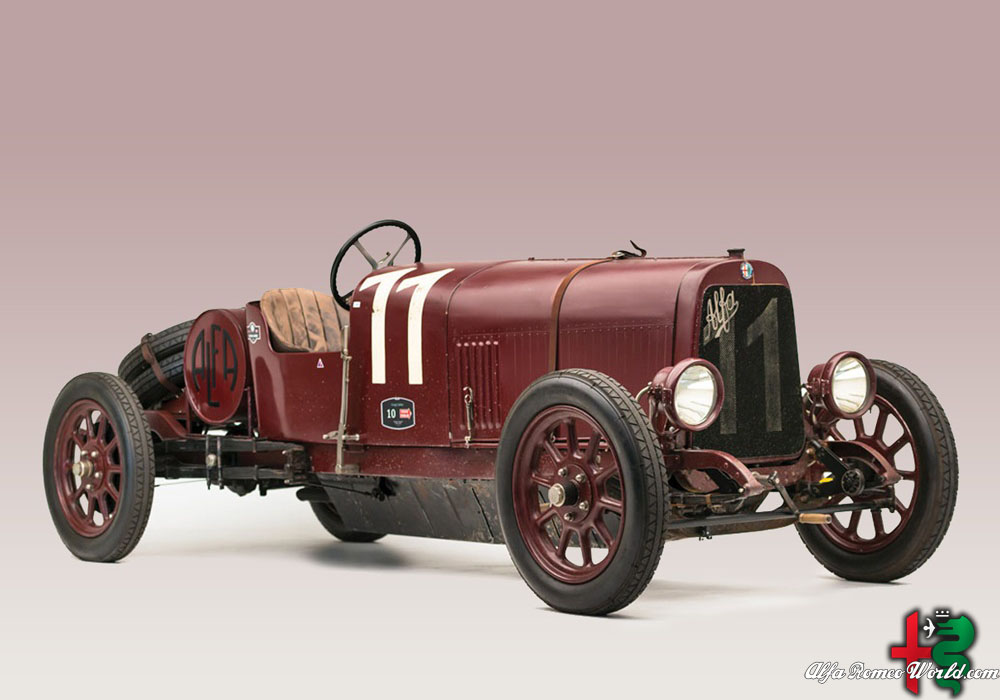 This is the only known surviving example of Alfa Romeo’s very first commercial model, and it’s expected to fetch up to $1.5 million (R18.5 million) when it comes up for auction in January.

Engineer and entrepreneur Nicola Romeo got into the car business the fast way – he bought into an established company, Milan-based Anonima Lombarda Fabbrica Automobili, or A.L.F.A. for short, in 1915. Within three years he owned the whole company and in 1921 the newly-renamed Alfa Romeo introduced the G1 for the luxury sports market, then dominated by Marc Birkigt’s superbly engineered Hispano-Suiza H6.

The G1 had a 6.3-litre straight six side-valve engine, based on two separate blocks of three cylinders with fixed cylinder heads. Reputedly designed with input from works driver Enzo Ferrari, it delivered 52kW and 293Nm to the rear wheels via a single-plate dry clutch and a four-speed manual gearbox, for a top speed of 138km/h.

By contrast, the 6.6-litre, overhead camshaft H6 delivered almost 100kW, with a level of silence and refinement that made Sir Henry Royce’s ageing Silver Ghost look like an also-ran.

One of the two G1 prototypes actually won its class in the 1922 Coppa del Garda, but the production version was just too big, too expensive and too thirsty for chaotic post-war Italy, and only 50 were built, most of which wound up being exported to Australia, including this one, chassis number 6018.

It belonged to a Queensland businessman, who later went bust and hid the car on a farm in the Outback to protect it from his creditors. The story goes that workers on the farm found the car in the 1940s and used it as a general runabout until the rear axle broke, then took the engine out to power a water-pump.

What was left of the G1 was acquired in 1964 by Ross Flewell-Smith, who spent 10 years finding and making replacement parts to get it going again.

The car has been through another three full restorations since then, and is presented here in Spider Corsa racing trim – not quite authentic but forgivable, since nobody knows what kind of body was on this car when it first went to Australia.