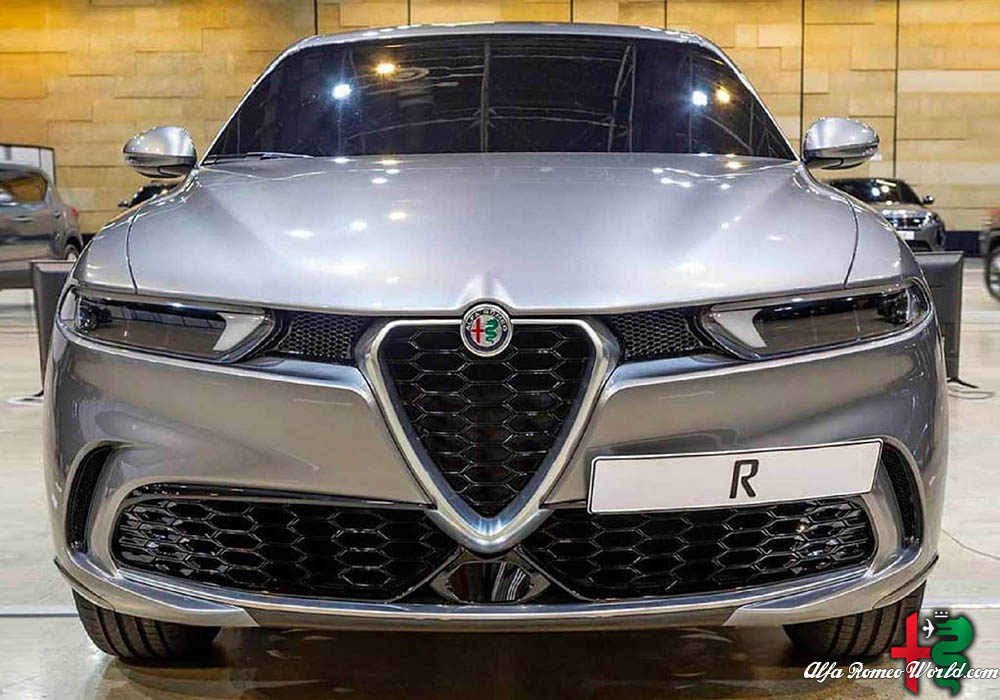 Newly leaked photos provide a look at what could become the production version of the Alfa Romeo Tonale concept. According to our colleagues from Italian edition, these pictures come from an internal clinic that compares the vehicle against potential competitors like the Volvo XC40, BMW X2, and Audi Q3. This is the last step before a final decision whether to put a design into production.

There are some distinct differences between the Tonale in the leaked photos and the concept from the Geneva Motor Show. The headlights are larger, and the grilles separating the lamps from the triangular opening are bigger, too. The lower fascia has a rounder appearance. Alfa also fits side mirrors rather than the rear-facing cameras from the version in Geneva.

At the back, the taillights retain their horizontal layout across the hatchback, but they are larger than on the concept. The oval-shaped exhaust outlets still integrate into the rear bumper.

The leaked images don’t provide a view of the cabin. In concept form, the Tonale had two digital displays – a 12.3-inch screen in the instrument cluster and a 10.25-inch monitor for the infotainment. There were also tiny LEDs near the climate vents for controlling the interior temperature.

There’s not much doubt that the Tonale is going into production, but the question is whether this is the design that Alfa green lights for assembly. FCA is investing over $1 billion into its Italian operations, including putting money into the factory to build the vehicle and a hybrid Fiat Panda.

The Alfa Romeo Tonale reportedly goes on sale in 2021. The specific powertrain is a mystery, but Alfa indicates that a plug-in hybrid engine would be available.