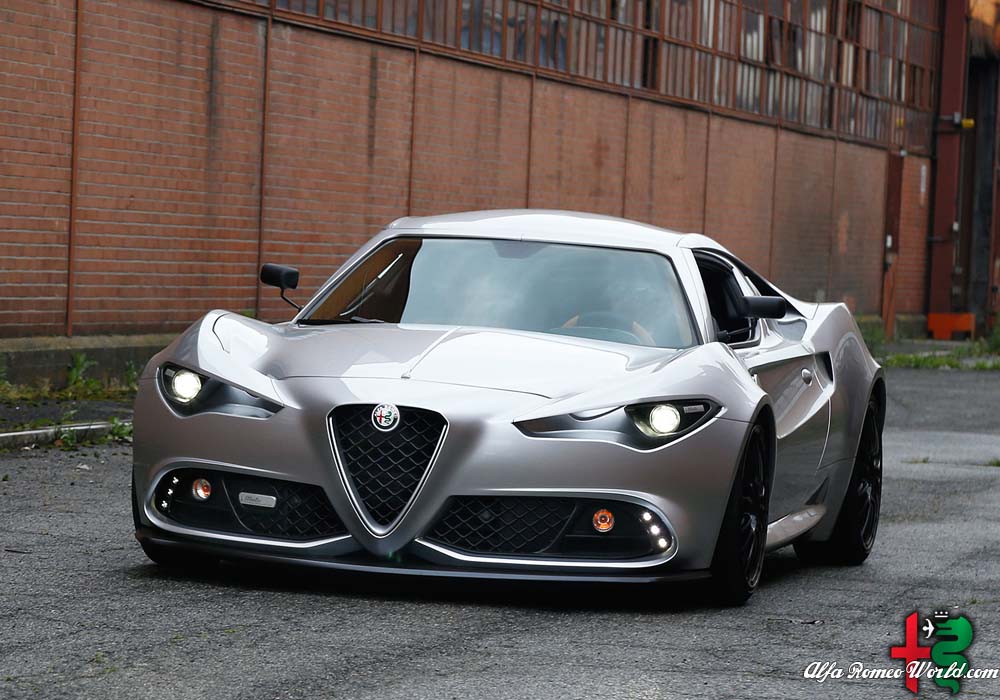 The diminutive Alfa Romeo 4C coupe was a stunner when it debuted at the Geneva Motor Show in 2011, and we were even more pumped when it was decided it would be the first 21st century Alfa to hit North American shores. We were even more excited when it turned out to be awesome, with its carbon-fiber tub, twin-clutch transmission, manual steering rack and turbocharged 1.75-liter four making 237 hp.

Since then, the car has just sort of languished in the background as the Giulia and Stelvio came along. It did get a Spider version, though.

Now, an Italian design company called Up Design has put out its take on the 4C, and it looks fantastic.

Sure, rear visibility goes from bad to worse with those louvers, but they certainly look cool. The rear taillights go from round to a Zagato style teardrop shape and up front the nose protrudes more, while still keeping the signature triangle grille. The sides get more body lines, too, and gain the flying buttress-style back hatch. It looks much angrier.

It has a bit of a Lotus vibe – though the 4C always did – but it also looks stretched. If the upcoming 8C redux looks anything like this, we’ll be happy campers.

Up Design, with help from the Adler Group, another supplier based in Italy, took on the interior as well, adding some new colors and materials, while keeping the basic, stripped-down nature alive.

It’s also a one-off, so we don’t expect to see a bunch, or any, of these on the road. But boy, what a refresh it would be to hold us over until the next 8C comes along.

[…] Alfa Romeo said at the beginning of the year that the 4C does not need a Quadrifoglio version since it’s already the best in it class. Pogea Racing is now demonstrating there are plenty of ways to upgrade the mid-engined coupe to better rival the likes of the Porsche 718 Cayman and the new kid on the block, the Alpine A110. […]

[…] there will be a flurry of special editions on display. New variants of the Giulia, Stelvio and 4C will be gracing the stands, although it’s not clear yet which will be coming to the […]