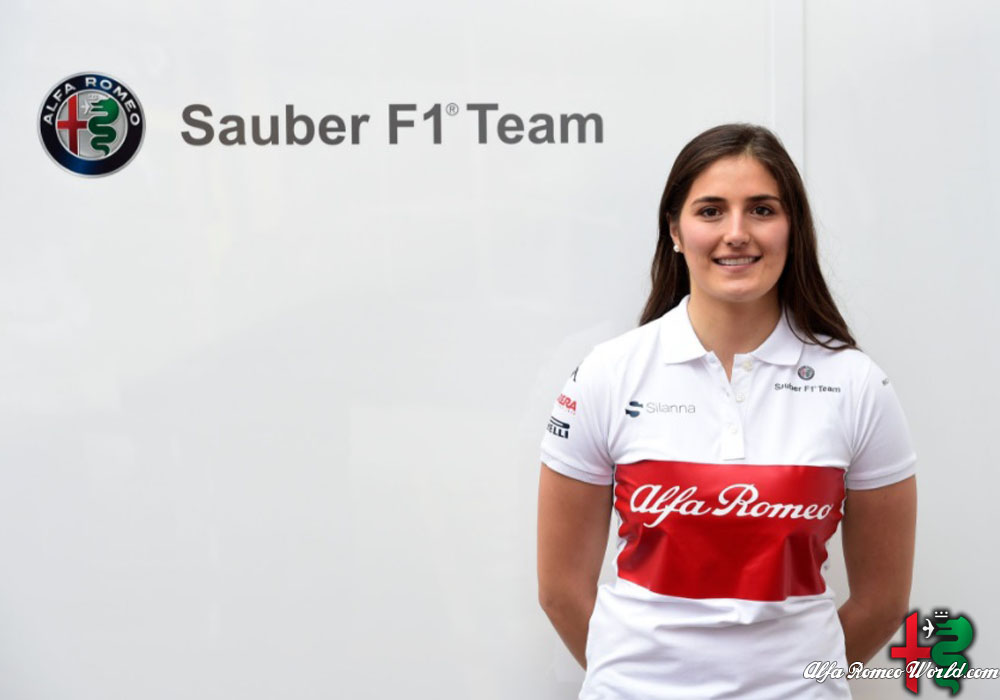 Tatiana Calderon leads the way for women in F1

Just two days after being named as the new test driver for the Alfa Romeo Sauber F1 team, Tatiana Calderon is set to play a major role in bringing more young female drivers into the world of motorsport.

After a year as Sauber’s development driver, the 24-year-old Colombian’s promotion will see her take on an expanded role within the team. She will complete simulator training sessions and receive coaching from the Sauber engineers at their headquarters in Switzerland, as well as on-site at Grands Prix throughout the 2018 season.

Tatiana Calderon, who started her racing career aged nine, will combine her F1 duties at Sauber with racing in the GP3 with Jenzer Motorsport. Speaking at the official announcement of her promotion, she said: “This collaboration will build upon the experience that I have gained as development driver with the team over the past year and I look forward to continuing on this positive path together.

“I have been able to substantially expand and develop my skills as a race driver… and will give my all to demonstrate my capabilities in both GP3 and Formula 1.”

Sauber principal Frederic Vasseur praised Calderon for her “focus and determination” and said she’d impressed the team. “Tatiana is a very hard-working person,” he said. “She has made good progress as a driver, developing both her mental and physical capacities continuously over the past few years. We look forward to having Tatiana on board for our first chapter as the Alfa Romeo Sauber F1 Team.”

Formula 1 hasn’t had a woman driver in a Grand Prix since 1976. Calderon’s new role at Sauber will see her take a huge step towards her aim of making her F1 racing debut.

The Colombian follows in the footsteps of female drivers such as Susie Wolff, who in 2014 became the first woman to participate in a Formula 1 weekend since 1992.

Wolff and Calderon will be working together as ambassadors of the FIA’s new European young women programme which was launched yesterday at the Geneva Motorshow.

The programme – which is called “The Girls On Track – Karting Challenge” – aims to promote motorsport among girls aged 13-18. According to the FIA, it will “develop the presence of young women in motorsport at grassroots level” by using karting slalom, “a cost-effective and easy to set up format”.

Calderon says the initiative is “another step in the right direction,” while Wolff believes the launch of #TheGirlsOnTrack programme has a clear message. She said: “Motorsport doesn’t care about gender. Performance counts. The more young girls we get entering the sport, the more will rise to the top.”

Attracting girls to motorsport has been a challenge for the FIA and this week Carmen Jorda made some comments which haven’t exactly helped the gender discussion.

Jorda, a member of the FIA’s Women in Motorsport Commission, said that female drivers should aim to compete in Formula E – not F1 – because it’s “less challenging”.

Quoted by ESPN, former Lotus and Renault development driver Jorda said: “It [Formula E] is a less physical car than in Formula 1 because of the downforce and because of the power steering as well.

“The challenge that we women have in Formula 2 and Formula 1 is a physical issue and I think in Formula E, we won’t have it.”

Women, she said, were capable of good results in the other championships, but in Formula 1 and Formula 2 there was a barrier.

“That’s why there aren’t any in those championships,” she said.

Motorsport fans of both sexes have criticised Jorda for her comments. Yesterday the Spaniard issued a statement saying she “never intended to discourage” women drivers who have ambitions to race in F1. She also congratulated Calderon on her new role and expressed the hope that she would become the first woman in 41 years to start a race on the F1 grid.

F1 reporter Lee McKenzie said it was a shame that the good news about Calderon’s new role was “drowned out by the negativity” of Carmen Jorda.