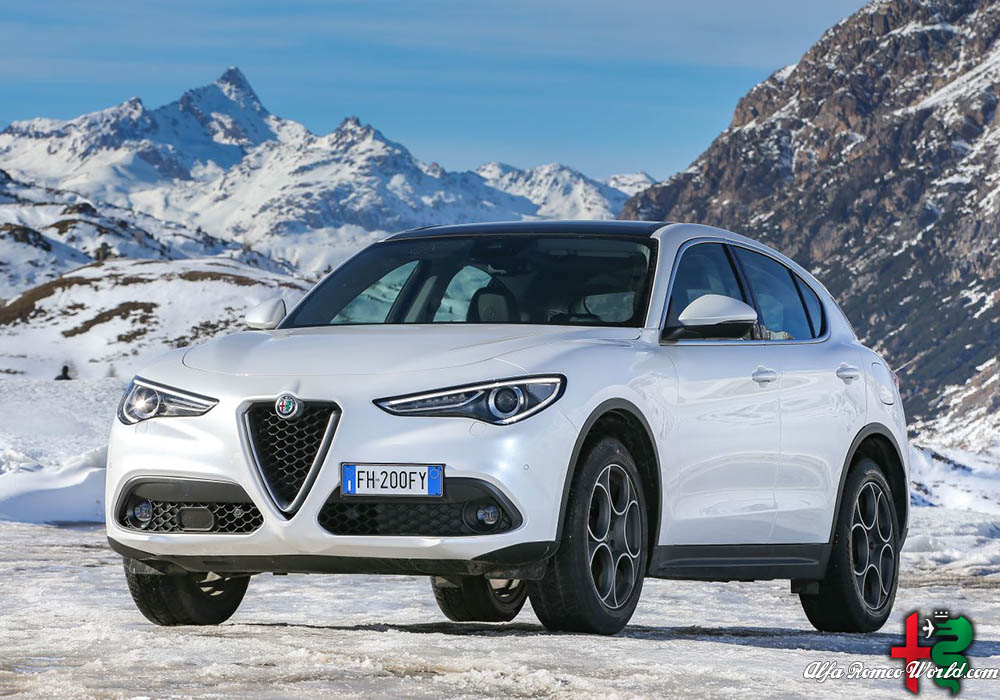 The Stelvio is everything you could have expected from Alfa Romeo’s first SUV, with the iconic Italian brand compromising little in its effort to inject its distinctive style, performance and handling into a high-riding wagon.

Based on the Giulia sports sedan, Alfa’s mid-sized five-seat SUV will have a Jekyll-and Hyde line-up starting with the entry level Stelvio four-cylinder petrol and diesel variants, through to the more powerful mid-spec Ti and the demonic twin-turbocharged V6 Stelvio Quadrofiglio that will command a six-figure price rag when it arrives here later this month.

Though the range-toppers will justifiably command the attention of enthusiasts, the more accessibly-priced four-pots will pique the interest of car-buyers. How does Alfa Romeo’s first-ever SUV rate? We borrowed a diesel-powered example to find out.

Priced at $67,900, the Stelvio Diesel holds up the bottom of the range along with the $65,900 Stelvio Petrol. However spending just $6000 on the First Edition Pack, which equipped our test car, thrusts the base Stelvio into premium territory by adding more than $10,000 worth of desirable features that enhance driving pleasure and resale value. The Stelvio Diesel First Edition we tested also had Vesuvio Grey metallic paint ($1300), which pushed the retail price to $75,200 all-up.

The satellite navigation display is also relatively basic, with a less-than-intuitive control interface that proves clunkier to use than systems like BMW’s iDrive or Audi’s MMI.

That’s a lot of kit for six grand, especially when you consider the panoramic sunroof and Harman/Kardon sound system alone are worth $2400 and $2200 on their own.

The Alfa Romeo Stelvio is a five-seater medium SUV. Measuring 4687mm long by 1903mm wide, and weighing in at 1660kg, the Stelvio Diesel is average sized for its class, but feels incredibly nimble. The boot volume behind the second row seats is a reasonable 525 litres with good depth between the tailgate and seats. Tick the box for the space-saver spare and seats-up capacity drops to a still-decent 499 litres, while folding the rear seats down expands capacity to a handy 1600 litres.

The Stelvio Diesel was awarded a five-star NCAP safety rating in March 2018 thanks in part to its active safety features, including autonomous emergency braking (AEB), lane departure warning, and blind-sport monitoring. It’s also equipped with six airbags, seatbelt reminders and ISOFIX child seat anchors for each of the three rear seats.

One downside is its reversing camera display, which is basic and only takes up half of the 7.0-inch screen’s real estate, thus making it difficult to spot smaller obstacles. When many competitors now sport 360-degree surround view cameras on far larger screens, it makes the Stelvio look somewhat behind the times.

The interior of the Stelvio Diesel First Edition is typically Alfa Romeo, with attractive leather sports seats and an elegant and uncluttered dash design. Alfa has gone for a minimalist approach, with analogue gauges and old-school air-conditioning controls, but while it would look great in a hatchback it seems a little too basic for a premium SUV.

That said everything is sensibly laid out, including the steering-wheel buttons that include a simple cruise control interface. The sports steering wheel itself looks great, with the long metallic paddle shifters adding further visual and tactile appeal. The front sports seats are very comfortable with great back support, soft headrests and adjustable lumbar, side bolstering and under-thigh support.

The rear-seats aren’t quite as plush. Legroom is tight for a medium SUV, and the swept-back roofline and panoramic sunroof won’t do taller passengers any favours.  The window line also sweeps high, which might make it difficult for smaller passengers to see outside. It’s adequate for shorter trips, but it would start feeling a little claustrophobic for a couple of adults for anything longer than an hour.

The rear door opening is also tight, which makes entry and egress a tad difficult for less abled people and makes installing child seats a bit of a chore. One the plus side, rear-seat passengers get their own air vents and two USB ports mounted at the rear of the centre console.

This is where the Stelvio Diesel provides bang for your buck. Its 1671mm height is pretty low for an SUV resulting in a low centre of gravity that allows for car-like cornering.

The Koni adaptive suspension that comes with the First Edition pack offers a more composed ride than the standard kit, and though slightly firm in its initial bump response it gives way to a compliant ride over road imperfections with minimal secondary bounce when recovering from truly big lumps. The 154kW/470Nm 2.1-litre four-cylinder turbo diesel engine is lively and works harmoniously with the eight-speed automatic gearbox. Power is sent to all four wheels when extra traction is required, but in ordinary driving the drivetrain is biased toward the rear wheels for a more dynamically engaging drive.

It’s a little sluggish when the DNA selector is set to its default Natural mode and it can feel like you’re driving through honey in All-Terrain, but switching to Dynamic tautens the Stelvio’s powertrain to deliver a respectable 0-100km time of 6.6 seconds. That responsiveness is maintained at higher speeds, which inspires confidence when overtaking.

The steering is also very sharp, as is the electronic braking – perhaps a little too much at first, though you learn to adjust to the left pedal’s grabby nature. Their responsiveness is certainly in harmony with the athletic persona of the Stelvio’s suspension and powertrain though, which inspires confidence when you find yourself on a twisting road.

The Stelvio Diesel First Edition is a very enjoyable SUV to drive, however with the diesel derivative Alfa Romeo seems to have created a car with something of an identity crisis. As an SUV it’s adequate when it comes to practicality, though rivals such as the Volvo XC60 and BMW X3 provide more in terms of rear-seat comfort and boot space. Rather, thanks to scalpel-sharp handling and ultra-engaging steering the Stelvio’s real reason for being is to be an SUV for driving enthusiasts – people who you’d ordinarily think would prefer the punchier, rev-happy petrol version or the similarly-priced Giulia Super.

That said, if you consider yourself a keen driver you’ll still have plenty of fun, just be sure to get in while the First Edition Pack is still available or look at adding the Veloce Pack which brings similar features, but for $8000. And maybe save yourself $2000 and opt for the base petrol instead of the oil-burner – the diesel simply seems at odds with the rest of the Stelvio’s character.

[…] ‘Driver’s Award’ winner was selected by carwow’s team of experts, who placed the Stelvio Quadrifoglio, the most powerful Alfa Romeo SUV ever created for road use, ahead of some tough competition from […]