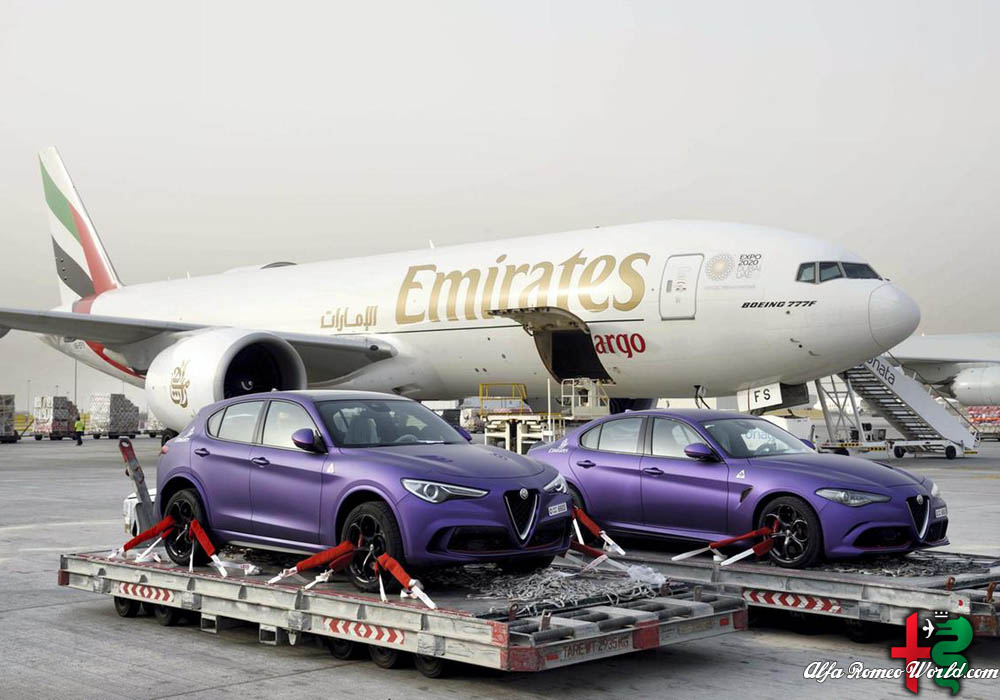 Two striking Alfa Romeos have taken to the skies with Emirates SkyCargo flying them from Dubai to London to take part in the famed Gumball 3000 rally.

The purple Stelvio Quadrifoglio and Giulia Quadrifoglio cars will be competing as Team Alfa at the annual rally, which was founded in 1999 and is known for its celebrity participants – from Formula One drivers (Damon Hill) to Hollywood actors (Matthew McConaughey), musicians (EDM DJ Deadmau5, rapper Xzibit, Blink-182 drummer Travis Barker), models (Jodie Kidd) and sports stars (Tony Hawk). Oh and David Hasselhoff, several times, including once in one of the original Pontiac Firebird Trans Am cars from Knight Rider.

The Alfas will take part in the rally from August 5 to 12, navigating from London to Bologna, then on the second leg from Osaka to Tokyo, after which they will be flown back to Dubai by Emirates.

Team Alfa is competing at the rally to celebrate the 100th year of operations for Gargash, the Italian carmaker’s official dealer in the UAE.