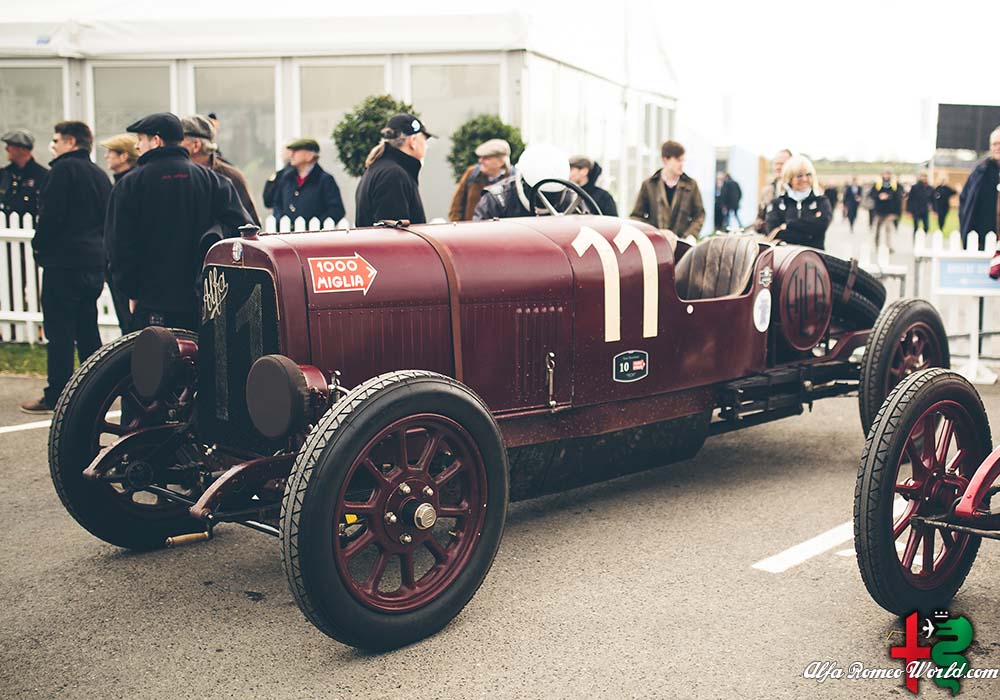 This is the oldest Alfa Romeo in the world

Aside from the story at hand here, we took away a profound thought from the gentleman entrusted with piloting and looking after this Alfa Romeo G1 at 75MM, Steve Tillack. That is, that cars like this, of this vintage, have existed for somewhere in the region of a century.

That’s not odd on the grid for a race like the S.F. Edge Trophy, but think about it. These cars have survived for 100 years, through wars, political strife, times of feast and famine. Times when speed and racing were the last thing on people’s minds, and indeed times of prosperity. They’ve lived through scrappage drives, societal and political change and of course, they’ve shrugged off good old fashioned antiquity.

So congratulations on the long game, Alfa Romeo G1 and your kin. Here are a few chapters of your story, as best as they can be recalled. The big hook here is that, to the best of anyone’s knowledge, this is the oldest Alfa Romeo in existence, and the only one of its kind. The G1 was the first all-new car to wear the Alfa Romeo name, following Nicola Romeo‘s completion of the purchase of the A.L.F.A automobile manufacturer in 1919. Around fifty cars are thought to have been produced, with all of them being exclusively sold in Australia (of all places?).

As above, this is thought to be the last. It belonged to a farm owner and originally wore a saloon body. It was a farm hack, hearding Kangaroos and cattle. It’s thought that, in a particular low point in this car’s life, it was used as a stationary water pump after one of its axles broke. To imagine that now, of a car that at 75MM stood proud on one of the grandest pre-war grids in modern memory, is verging on the absurd! But as we said above, it had a use, so it survived.

Fast forward many years, and a cohort of Australian Alfa Romeo enthusiasts caught wind of this car’s existence. They tracked it down, bought it up and restored it to an open-cab spec’. Following moving on to its current owner, the G1 is updated again to a spec’ inspired by the early Alfa Romeo racing team, of which an image exists with a selection of cars, with a G1 sitting next to a car with none other than Enzo Ferrari sat at the wheel. The car as it stands now, is both a tribute to early Alfa Romeo, and to the early days of Ferrari.

On top of a second place standing at Pebble Beach and completion of the Mille Miglia, this car was head hunted by the Enzo Ferrari Museum for a display. Steve Tillack followed: “It sat on display for quite a long time… and there’s a wonderfully great picture that’s a tribute to the car of Enzo’s son Pierro Ferrari sitting in the car in the museum with the picture of his father behind him.” Does it get any more special than that?

This car as it is today is not as it came from the factory. It’s a saloon that’s been turned into a racing car – but to complain of that is to rather miss the point. This car is a complete celebration of the early years of Alfa Romeo, and of cars of this age as a whole. It’s survived for near-on 100 years, and exists as an artefact of the now legendary brand’s early history. Not even Nicola Romeo could have foreseen that, we think. What an incredible machine to have hosted at 75MM!