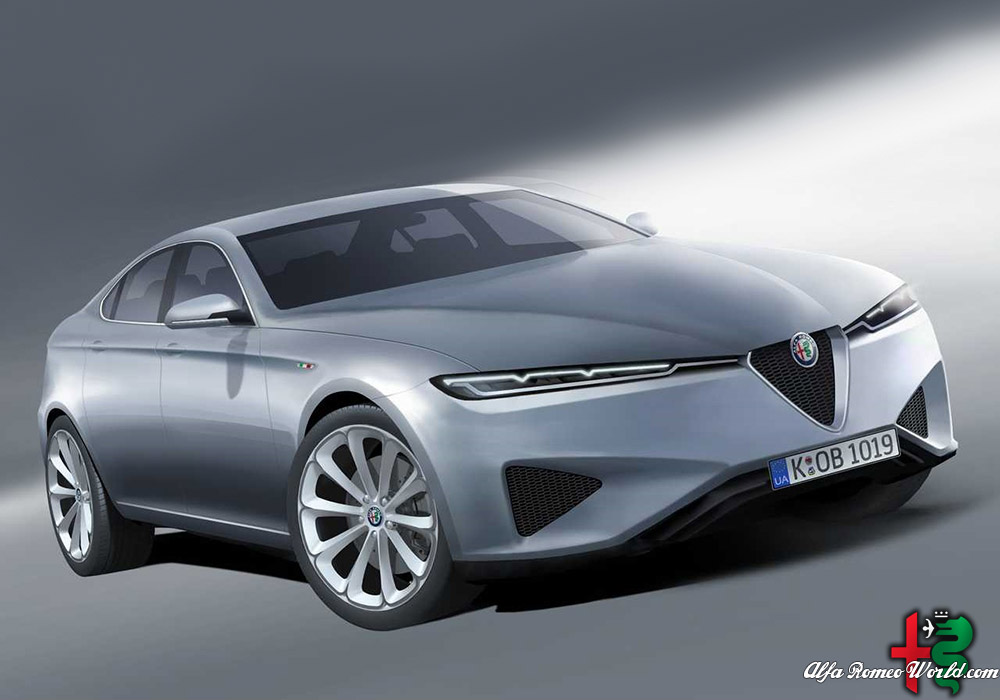 The most recent updates for the Alfa Romeo Giulia included two special editions – the Racing Edition from March this year, which was followed by Nring Edition a month later. While these two offerings definitely added attractiveness to the sporty sedan, it continues to be virtually unchanged since its launch in late 2015. A new generation Giulia may not be coming in the next few years, but one designer decided to envision what a successor to today’s model could look like.

Meet the work of Kostur Alexandr, a Ukrainian designer, who believes the design of the current Giulia is too sporty to be able to attract customers in the mid-size premium segment in Europe, where the Audi A6, BMW 5 Series, and Mercedes-Benz E-Class still dominate the charts. Yes, the current Giulia competes with the smaller A4/3 Series/C-Class trio, but Alexandr proposes “a more restrained but more solid style” for a larger three-box vehicle with the same name, one that ditches the current round shapes for more edgy and sharper lines.

We can’t help but notice the rendering sends some strong Alfa Romeo 166 vibes. The overall silhouette is similar and that’s especially visible at the side profile and the rear fascia. The shape of the taillights might be different but it definitely makes a strong connection between the 166 and this new sedan. The headlights, on the other hand, are reminiscent of the units seen in the Giulia’s predecessor, the 159 sedan.

One thing we miss with the Giulia is the lack of a wagon modification. Alfa had some of the prettiest long-roof cars on the market in the recent past but that’s long gone now. Our exclusive rendering from 2016 proposed a sporty Giulia Sportwagon but it remained just a beautiful imagination of our artists.