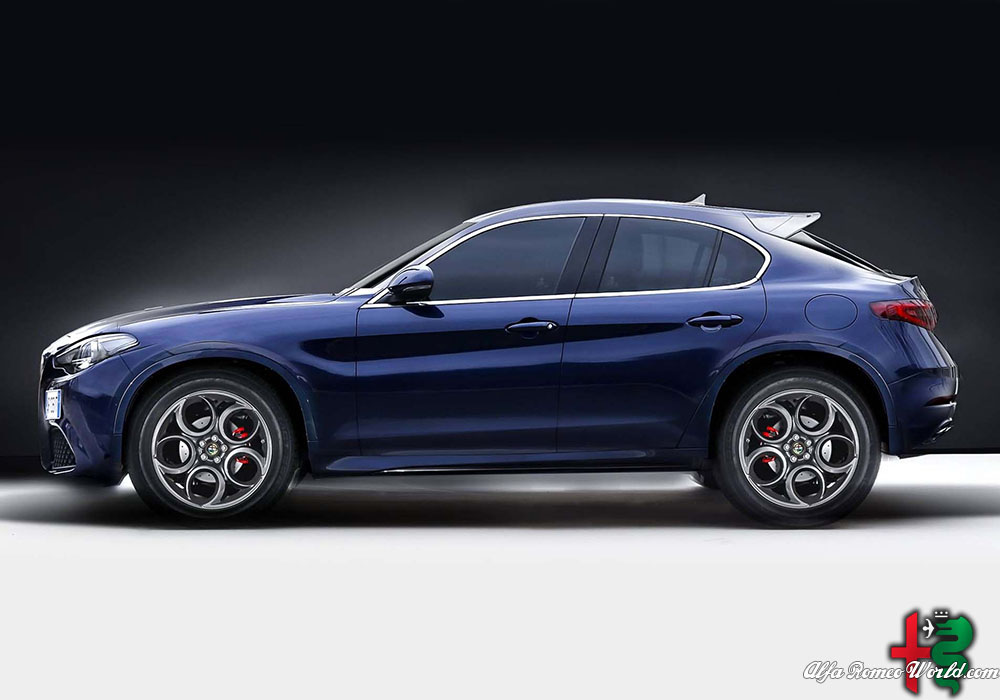 Alfa Romeo is planning to add two new SUVs to its expanding product line-up to bookend the popular Stelvio in the range, and both newcomers will be on sale in the next three years.

The two new models will give the Italian brand almost complete coverage of the SUV market and will play a pivotal role in helping the marque achieve its target of 400,000 annual sales by 2022.

Neither of the SUVs has been named yet, but the smaller one – previewed by our exclusive main image – is likely to become the best-selling model in Alfa’s 108-year history. The car will be tasked with stealing sales from the Volvo XC40, BMW X1, Audi Q3 and Range Rover Evoque, competing in the fastest- growing segment of the new-car market.

It’s likely the baby SUV will be based on the shrunken version of Alfa’s Giorgio platform, which currently underpins the Stelvio SUV and Giulia saloon; the chassis is also expected to form the basis of a new Giulietta hatchback. As a result, the SUV will be rear-wheel drive, with customers being offered the option of four-wheel drive as well.

Alfa will be one of the last premium car makers to market with a compact SUV when the Audi Q3 rival arrives, but the new model will launch with electrified powertrains and Level 3 autonomous driving technology, allowing the driver to hand over total control to the vehicle for certain periods of time.

The electrified powertrains are expected to comprise regular hybrid units that will be a replacement for the diesel engines the company has stopped developing. Plug-in hybrid technology is also a possibility.

The larger of the SUVs will be Alfa’s flagship model and a rival for the Audi Q7 and Volvo XC90. “There are two key segments: compact UV and full-sized UV,” said Alfa Romeo boss Timothy Kuniskis. “These segments represent 81 per cent of global premium market growth. We will ensure each new product embraces our brand principles.”

The large SUV is likely to be the first model at Alfa to feature a performance-focused plug-in hybrid powertrain. Engineers are promising an all-electric range of 32 miles and a 0-62mph sprint time of less than five seconds.

The expansion of the SUV portfolio and the 10 per cent profit margin the Italian brand hopes to be achieving on cars by 2022 will also allow Alfa to develop a pair of new performance vehicles. “Our future depends on staying true to sports car roots. We will bring to market an aspirational supercar,” Kuniskis added.

As well as introducing two new SUVs, a hatchback, a supercar and a sports coupe, Alfa Romeo will be refreshing its successful Stelvio SUV and Giulia saloon ranges over the next four years. Here’s what to look out for and when the cars will be launched. Due: 2020