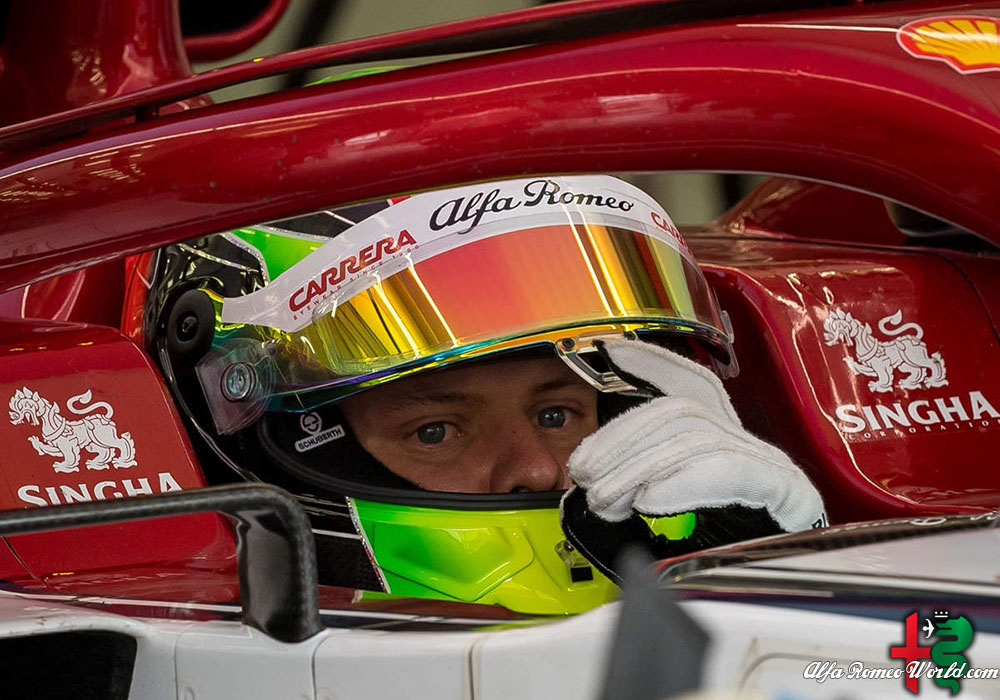 Mick Schumacher will take part in his first official Formula 1 weekend with Alfa Romeo at the Nürburgring, driving in first practice ahead of the Eifel Grand Prix.

All three of the Ferrari Driver Academy drivers competing in Formula 2 will make their maiden F1 appearances in a GP weekend this year, with Schumacher and Callum Ilott getting a drive at the next round in Germany.

Schumacher will drive for Alfa Romeo in Free Practice One, replacing Antonio Giovinazzi. Ilott will fulfil duties with Haas in the same session. Reigning F3 champion Robert Schwartzman will have to wait until FP1 at the season-ending Abu Dhabi Grand Prix in December, with the Russian’s chance also coming with Alfa Romeo.

The son of seven-time F1 champion Michael, Mick has been finding his feet in Formula 2 in 2020 and heads up the championship with four races remaining. He has previously tested F1 machinery, taking part in the post-2019 Bahrain GP tests in April of last year for both Ferrari and Alfa Romeo.

“I am overjoyed to get this chance in free practice,” Schumacher said…