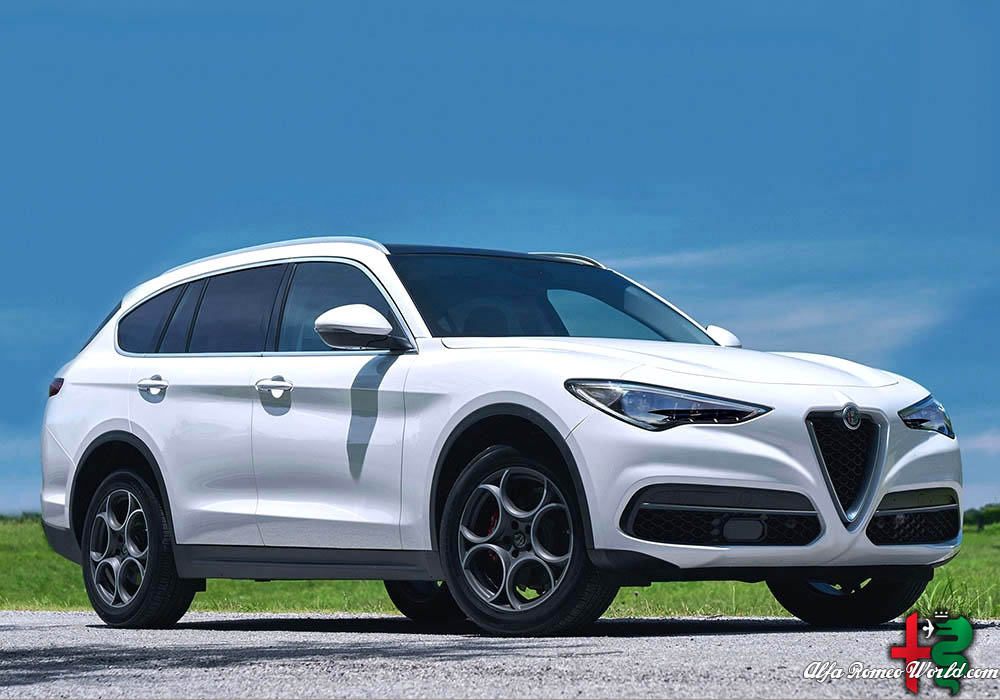 Five or seven seats? Alfa’s future top SUV should score especially in the US

Alfa Romeo reportedly has a second, larger SUV under consideration, and a new rendering from Motor1.com’s Italian team imagines how the bigger crossover might look. Allegedly, the model carries the moniker Castello, which is Italian for “castle.” According to our Italian colleagues, this name would work because there’s a famous alpine pass called Passo di Castello, which fits with the Stelvio that’s also named after a mountain road. In addition, there’s the Castello Sforzesco fortress in Alfa’s home city of Milan. The title fits well with FCA‘s Dodge Durango Citadel, too.

The Castello reportedly rides on the same Giorgio platform as Alfa Romeo existing Stelvio and the Giulia. It would measure around 193 inches (4.9 meters) long, instead of 184.6 inches (4.688 meters) for the existing Stelvio. Seating for five or seven passengers would be available, depending on a buyer’s needs. The powertrain options remain a mystery but likely include a base 2.0-liter turbocharged four-cylinder, a hybrid version to electrify this engine, and the twin-turbo 2.9-liter V6 for the range-topping Quadrifoglio version. A plug-in hybrid might be available, too.

Alfa Romeo will primarily market the Castello in the United States and China as a way to help the brand’s growth plans. It’ll likely be too big to match European tastes, though. Our colleagues from Motor1.com Italy are expecting the new Alfa Romeo flagship SUV by the end of 2019 or early 2020.

Given the success of the Stelvio, it’s easy to imagine the Castello being a success in the crossover-loving North American market. From January to September 2018, the brand has delivered 9,044 Stelvios in the United States, versus 8,933 examples of the Giulia and just 183 units of the 4C in the same period.