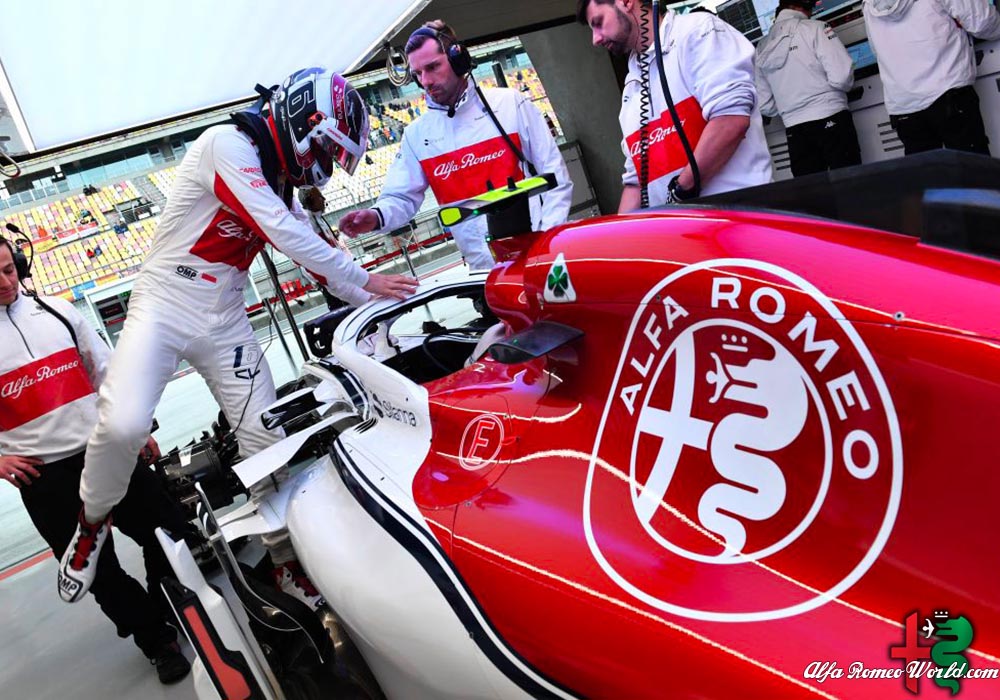 Kimi Raikkonen has returned to the wheel of a Alfa Romeo Sauber Formula 1 car for the first time in 17 years.

The Finn will race for the Swiss team in 2019 after ending his second spell with Ferrari this season.

Raikkonen, reunited with the team he made his F1 debut with in 2001, is getting his first experience of Sauber’s current set-up in this week’s Pirelli tyre test in Abu Dhabi.

He is driving Sauber’s C37 on Tuesday and completed a first installation lap as soon as the test started at 9am local time.

Raikkonen is not wearing Sauber team gear. He has an unbranded race suit and a black and a simplified crash helmet design like he used at Lotus in 2012.

The 2007 world champion is not the only driver getting experience of his 2019 team early.

Formula 2 champion George Russell has appeared with Williams for the first time ahead of his graduation with the team next year.

Russell’s F2 rival Lando Norris is at the wheel of the McLaren again.

Pietro Fittipaldi has made his F1 testing debut with Haas. The grandson of two-time world champion Emerson has landed a development role with the American team for 2019.

New Toro Rosso 2019 recruit Alexander Albon is not scheduled to drive at all.