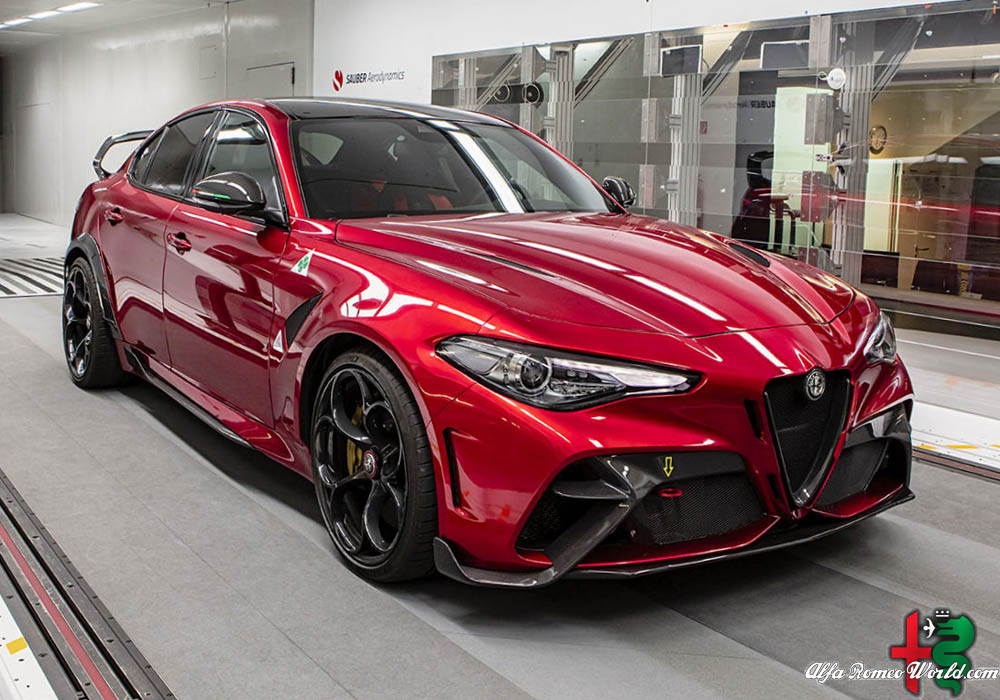 Alfa Romeo is somewhat of a signifier in the automotive world. Top Gear host Jeremy Clarkson once said that you aren’t a true enthusiast until you have owned one. To tie Alfa’s history as a sports car manufacturer, and their racing heritage into the brand, they have announced the Giulia GTA and GTA-M high-performance cars.

Alfa Romeo has been creating higher performance variants of the Giulia Quadrifoglio Verde performance model since its debut over five years ago. The goal of the car is to tie in the heritage of the company to its racing prowess and offer it to their owners. Designed as a celebration of the 110 years of the company’s history, the GTA debuted as a limited production variant that was tested by professional drivers Kimi Raikonnen and Antonio Giovinazzi.

The car is fitted a massive rear wing that is fully adjustable to aid in higher top speed runs or for cornering, in addition to massively wider rear tires, set to 30 millimeters per side to fit the new incredibly wide tires and rear brakes. The car also had a dramatic weight change due in part to the removal of the rear seats and an extensive use of carbon fiber throughout the entire car’s front end and roof. The engine was also beefed up to 540 horsepower, which has made the car an all-around better performer.

With the car debuting as a 110 year anniversary vehicle, the engineers and designers worked to include heritage based options and cues. With Alfa’s racing history dating back to the company’s early years, cars like the original Giulia Quadrifoglio can’t be ignored when creating a homage car. The engineers worked to make sure the car would live up to the history of the brand by being the absolute best it could be. Working directly with Michelin, the car was designed to out-handle and outrun nearly any car it would compete against.

Drawing on the design of the classic Alfa Romeo racing cars, designers created options for the cars to commemorate and recall their racing history. While currently working with Sauber for their racing team, the group created racing inspired wraps and liveries for the cars. These include full color changes with striping, different colored front ends, racing decals, and additional accent options. With designs like this, the factory Akrapovic race exhaust adds an extra layer of racing performance to what they describe as “the perfect mix of everyday use and track day.”