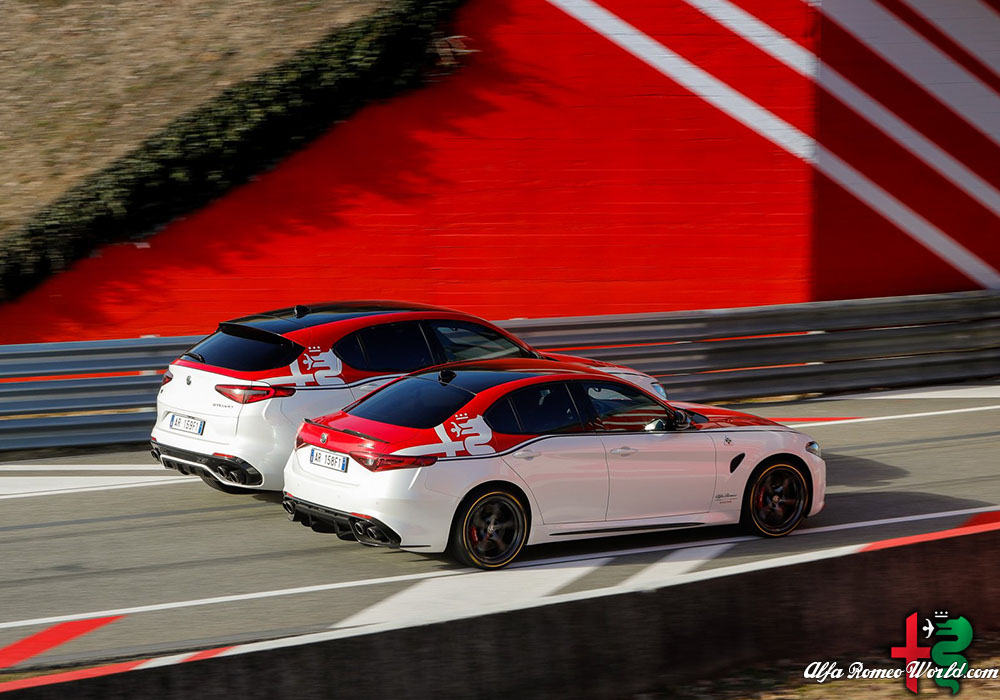 Alfa Romeo has announced its lineup for Geneva Motor Show, including a pair of new limited editions for the Giulia and Stelvio Quadrifoglio models, as well as new additions to the Giulietta range.

There’s no mention of a brand new model, as some earlier reports suggested, but Alfa could be holding back and surprise us at the show.

The new ‘Alfa Romeo Racing’ limited editions of the Giulia and Stelvio Quadrifoglio were created to celebrate the brand’s involvement in Formula 1 in partnership with Sauber.

Both feature an exclusive paintwork that pays tribute to the Alfa Romeo Racing C38, along with Sparco’s carbon-shelled bucket seats with red stitching, a carbon Mopar transmission knob and a leather/Alcantara steering wheel.

In addition, the Giulia Quadrifoglio ‘Alfa Romeo Racing’ gets an exposed carbon-fiber roof, as well as a set of burnished 19-inch alloy wheels (20-inch for the Stelvio) and red brake calipers. The twin-turbo 2.9-liter V6 is now accompanied by an Akrapovic titanium exhaust that’s been specifically tuned by Alfa Romeo for more power, although they don’t mention any actual numbers. Carbon-ceramic disc brakes are also standard fit.

Alfa Romeo will also showcase an updated Stelvio Ti model at the Swiss show. It gets new burnished rear light clusters and wider use of carbon, including the mirror caps and the “V” of the front cloverleaf. Other content includes 20″ alloy wheels combined with the yellow sports brake callipers, exterior window frames and tailpipes in gloss black, and the dark “Stelvio” and” Q4″ badges and privacy glazing.

No changes were made under the hood where power is provided by a turbocharged 2.0-liter four-cylinder engine with 276hp (280PS) and 295lb-ft (400Nm) of torque. Paired to an eight-speed automatic transmission and the Q4 all-wheel drive system, the four pot allows the SUV to reach 62mph (100km/h) in 5.7 seconds.

Last but not least, we get a pair of new models in the Giulietta range, the Executive and the Veloce. The Executive show car is finished in a lovely Visconti Green paintjob over Chocolate leather upholstery, featuring several satin-finished details on the grille, the headlight bezels and more.

As for the new Giulietta Veloce, it acts as the new performance variant of the range, only now it’s powered by a 2.0-liter JTDM diesel engine with 167hp (170PS) paired to a six-speed dual-clutch automatic transmission only. The Veloce version of the Alfa Romeo Giulietta comes with new sports bumpers, bigger Brembo brakes, 18-inch alloy wheels, Alcantara/fabric seats with contrast yellow stitching and more.

[…] the Tonale concept as a preview of a future electrified compact crossover to slot below the Stelvio. During the Swiss event, the company’s European boss Roberta Zerbi also hinted Alfa could go even […]