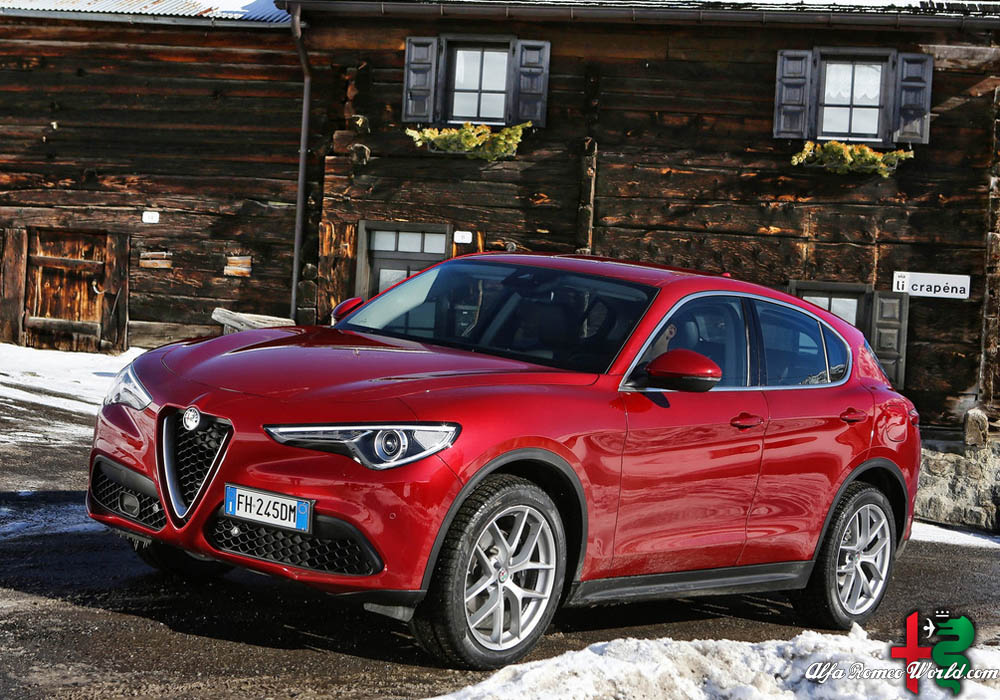 Alfa decides to join the SUV club at a time when all biggies like Porsche, BMW, Bentley, Maserati and Ferrari have already started making SUVs. The Stelvio will be Alfa’s first sedan, sharing a few of the same features as its talented saloon brother, the Giulia.

The popular market trend is that to be a key player in the car manufacturing segment, SUVs are the best weapon. Mostly because these jacked-up soft-roaders sell in huge volumes, and Alfa expects its new Stelvio to double its sales worldwide in the next five years.

The Stelvio is based on the same platform as the Giulia.

Having seen a Quadrifoglio version ­ fitted with the same 505bhp twin-turbo V6 that’s in the brilliant Giulia – the sporty model is due to be launched in early to mid 2018 with a price ranging between EUR 38,000 to 45,000.

The fiery Latin car will be powered by a 2.2-litre diesel or a 2.0-litre petrol engine. Both are 4-cylinder turbocharged engines, using the same eight-speed ZF automatic gearbox and both cars will be four-wheel drive, able to accelerate from 0 to 62mph in 6.6sec and reach a top speed of 134mph.

The Stelvio uses the same IBS Integrated Brake System found on the Giulia. The clever unit removes the conventional vacuum brake booster and replaces it with system that uses an electric motor to build pressure to aid braking.

The overall standard of the interiors are very high, the materials used are of a good quality and well built. It complements the simple and functional, yet stylish design, mostly borrowed from the Giulia.

Initial body roll is, as claimed, very well contained too. It suits the fast steering making the entire car feel agile, alert and it feels much smaller when trying to thread it down a twisty road than its actual footprint suggests.

The electric power steering is ultra-light in its weighting but also extremely direct. The ride is more than decent, especially at high speeds, with an impressively swift body control.

[…] based on the ‘Giorgio’ platform already used to good effect on the Giulia saloon and Stelvio crossover, dressed here in a desirable two-door bodyshell depicted in our artist’s […]