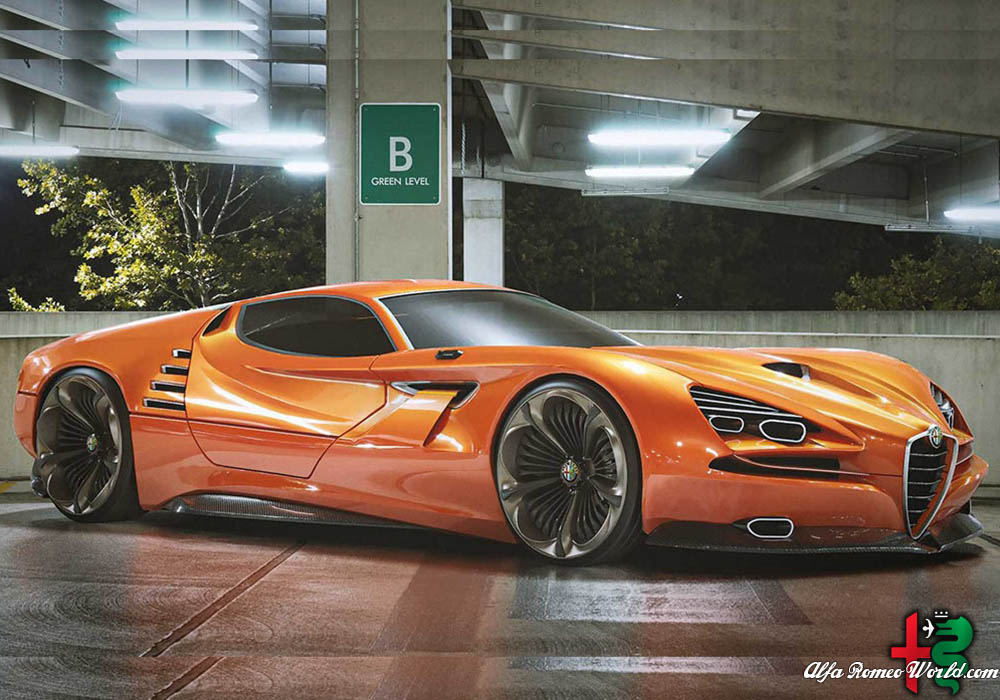 When looking at Alfa Romeo‘s lineage, a handful of models come to mind: The Guilietta, the Spider, and the GTA are a few. But the lovely Montreal, introduced in 1970, often goes overlooked. Maybe because it was a more-expensive, less-impressive alternative to the Jaguar E-Type and Porsche 911. Nevertheless, one designer wants to see the nameplate back in the Alfa Romeo lineup, and his take on a modern Montreal could influence us to say the same.

Luca Serafini (the same rendering artist behind the Mustang SUV concept) presents his futuristic take on the old-school Alfa Romeo Montreal. And it’s stunning. He calls it the “Montreal Vision GT,” and like other Vision GT-branded concepts before it, this one would look at home in the game Gran Turismo Sport. But this concept is more than just a look at what could be; Serafini channels his personal history in this handsome creation.

“Back in 1986, my father bought a shiny orange Alfa Romeo Montreal,” Serafini notes. “It was all original, except the exhaust system. I remember the night he came home with the quite irregular V8. He parked it in the rear garage. The smoke was surrounding it, and the first thing I saw was the red tailights and chromed mufflers.”

“As a young boy, I can say it was the beginning of my growing love of the automotive world. Quite often I went downstairs to uncover the orange Alfa to see its reflections, lines, and shapes. Smelling the leather interior and acting like a pro driver. I loved the concave steering wheel, especially. Nowadays, it’s not a unicorn – but for me it was.”

The visual comparisons to the original Montreal are obvious. Alfa Romeo‘s signature triangular grille, hood-mounted vents, and dual headlights with nifty louvers all carry over. We can only hope that a modern take on the Montreal’s original 2.6-liter V8 (maybe with the help of an electric motor) would find its way underhood.