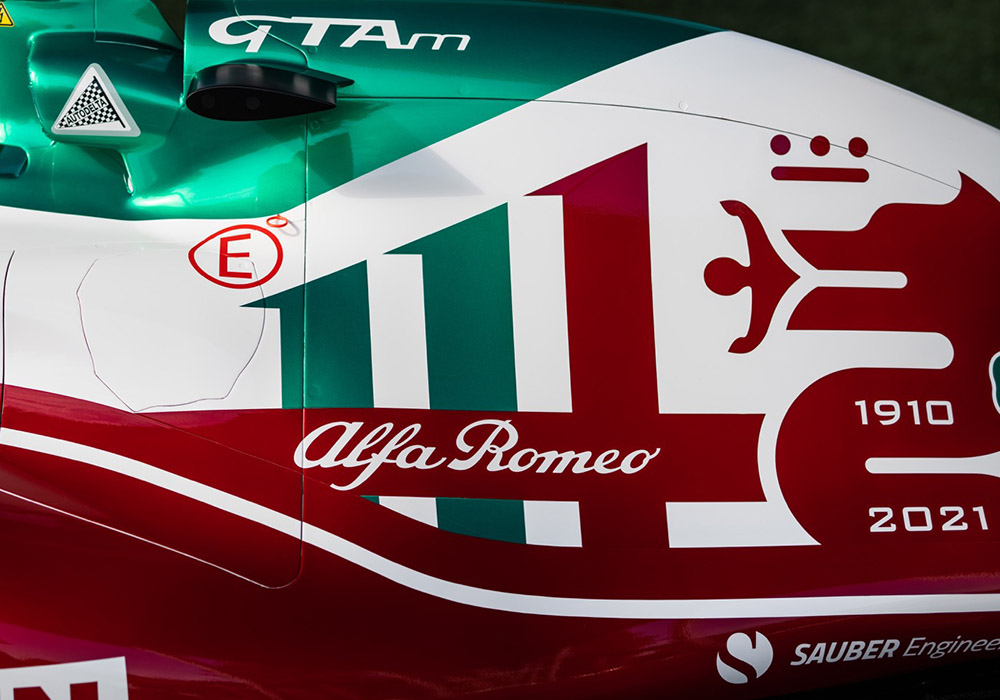 Alfa Romeo Racing will sport a one-off livery this weekend, as their cars take to the Monza circuit for their home Grand Prix. The special livery will commemorate how the team won the first-ever Formula 1 title in 1950, at the now legendary Italian track.

The livery has been created by the Centro Stile Alfa Romeo — the brand’s in-house design office. The logos around the car and on the engine cover represent the Alfa’s 111-year history, incorporating the colors of the Italian flag for good measure too. Meanwhile, the upper part of the engine cover has been turned ‘Quadrifoglio’ green.

The new color scheme isn’t limited to the car either. Drivers Antonio Giovinazzi and Robert Kubica (the latter standing in for Kimi Räikkönen), will don new overalls that match the car.

Special and historic color schemes have become more prevalent for Formula 1 teams in the recent past, with the likes of Mercedes, Ferrari, and McLaren all adopting similar over the last few years.

Meanwhile, back at the museum in Arese, Alfistis will be able to view an Alfa Romeo F1 show car on display. The Museum will offer streams of all sessions, and the race itself, on the big screen in the Giulia Hall. There’s also a virtual driver meeting planned, as well as a display of Formula 1 models.

It’s been a busy couple of weeks in the run-up to the Italian GP. On the Dutch Grand Prix weekend, it was announced that their current driver, Kimi Räikkönen, would retire from the sport at the end of the season. Soon after, it was revealed that the Finn had contracted Covid, and would be forced to sit out the GP. Then, on Monday, the news broke that his replacement would be Valtteri Bottas, who departed Mercedes-AMG F1 and set off a chain reaction of driver musical chairs.