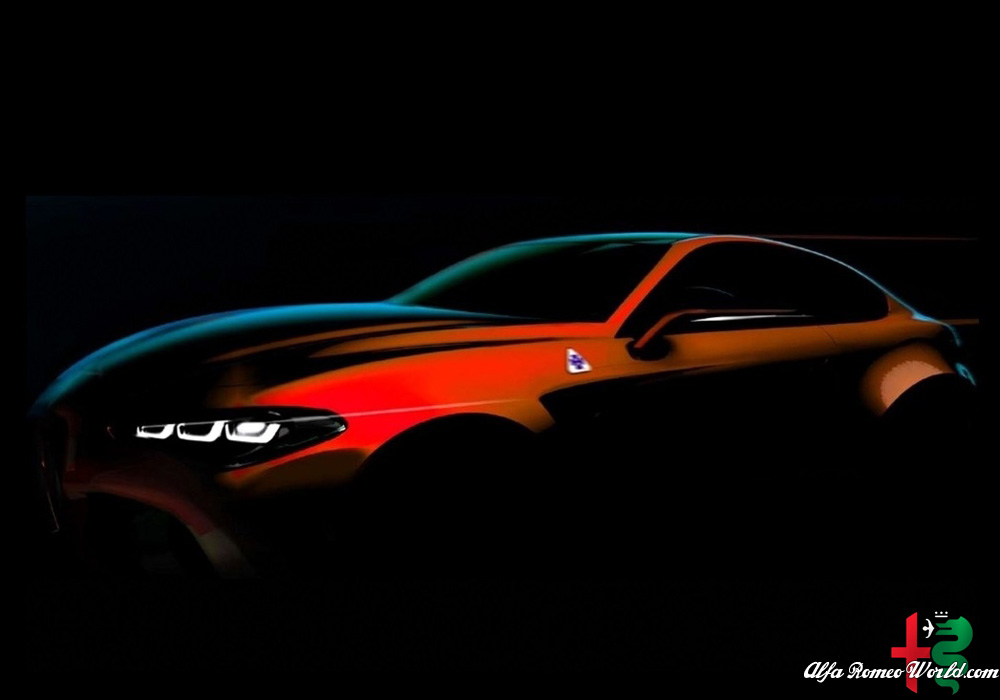 Called the GTV – a badge that was last seen in 2004 – the new car will rival the aforementioned Audi A5 and Mercedes C-Class Coupé, as well as BMW’s 4 Series.

The GTV will feature a new front-end design to mark it out from the saloon, as well as a lower roofline and longer doors to provide better access to the rear seats. Although expected to appear first in three-door form, a five-door variant of the GTV is under consideration to compete against the Audi A5 Sportback and BMW 4 Series Gran Coupé.

At the heart of the GTV’s engine range will be the same 197bhp and 276bhp 2.0-litre petrol engines that are on offer in the Giulia, as well as a 503bhp V6 petrol in the Quadrifoglio version. Interestingly, however, Alfa Romeo is also developing a mild hybrid-style energy recovery system, which will allow energy normally lost in braking to be harvested and used to assist the engine in acceleration. Only higher-powered versions of the GTV are set to feature the technology, which is said to boost the Quadrifoglio version’s output to 641bhp for short bursts – such a figure will give the GTV more power, briefly, than McLaren’s 570S sports car.

Inside, Alfa Romeo GTV is expected to be almost identical in terms of dashboard layout to the regular Giulia, featuring the same 8.8in infotainment system controlled by a rotary dial on the centre console. The same Super, Speciale, Veloce and Quadrifoglio trim levels should be offered, too. In the regular Giulia, we recommend upgrading to Super trim because of the extra interior luxury it brings, along with part-leather seats and wheel-mounted paddles for the eight-speed automatic gearbox.

Although the GTV will offer four seats, expect the rear bench to be best left for children and smaller adults on short journeys.

Prices have yet to be revealed, but a premium of around £3000 over the standard Giulia saloon seems likely for the GTV, giving the car a starting price of around £35,500. Such a price would make the GTV slightly more expensive than its key rivals.

A GTV convertible is also on the cards, and is expected to go on sale 18 months after the GTV coupé arrives in showrooms. A new version of Alfa Romeo 8C sports car is also planned.