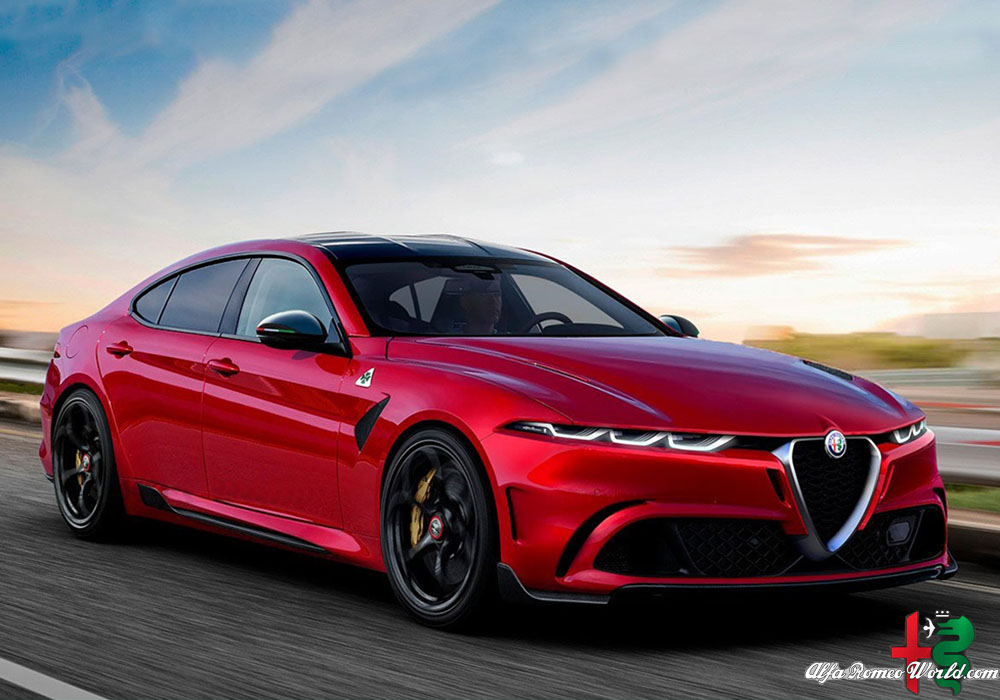 It’s probably safe to say that, as of lately, Alfa Romeo hasn’t been very consistent regarding its plans for the future of its model lineup. In June 2018, the Italian automaker announced it has intentions to bring a duo of sports cars to the market but then in November 2019, it was reported the project has been canceled. Then again, just about a month ago, Alfa’s new CEO expressed his desire to bring back to life the GTV together with another performance model.

Nothing can be confirmed at the moment as Jean-Philippe Imparato simply said he is “very interested” in a new GTV, though a new report from Autocar tries to shine more light on what could be expected from the resurrected model. The British publication claims the automaker is considering a very ambitious plan for the new GTV, which can evolve into a flagship electric four-door coupe as a rival for the BMW i4 and the likes. That would represent a drastic departure from the sporty two-door GTV last sold for the 2004 model year.

Autocar also says a number of other options are currently being pondered for the revived GTV, including a more conventional two-door coupe with a retro-inspired design. Both electrified combustion and fully-electric powertrains are under consideration, with sources close to the matter who’ve allegedly seen planning documents suggesting the new product could be targeted against the Tesla Model 3 and BMW i4.

The potential launch of a new GTV would be part of Alfa Romeo’s ambitious plan to completely overhaul its lineup by the middle of the decade. Under Imparato, the Italian brand is expected to launch new generations of its existing vehicles, as well as brand new nameplates based on new electrified platforms shared with other Stellantis brands.

Admin
https://www.alfaromeoworld.com
Previous Post Gabriele Tarquini’s controversial BTCC-winning 155 is up for sale Next Post Kimi Raikkonen to retire from Formula 1 at the end of 2021