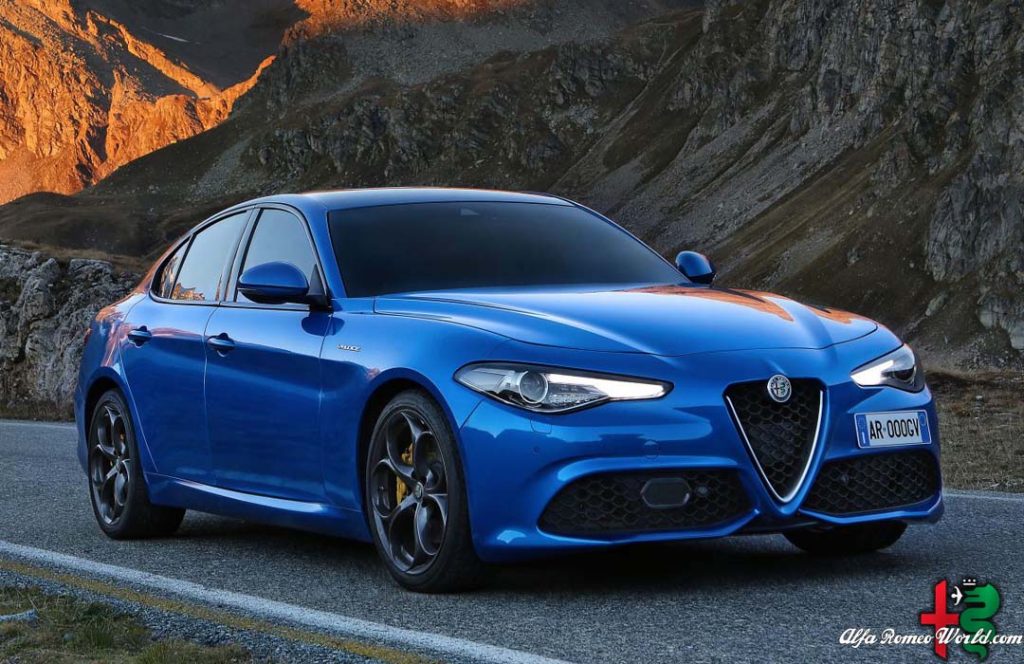 It’s a story we’ve all heard before – ‘Alfa is back’ – but bear with us as with the Giulia Veloce it really does have a machine in its arsenal that can take on – and beat – the German manufacturers at their own sports saloon game. It fits in between the bonkers 505bhp Quadrifoglio and the regular 197bhp Giulia and with 276bhp to play with and a lithe 1429kg to haul around it’s a decent performer.

Perhaps the turbocharged ’four isn’t the most tuneful but then neither are its German counterparts and while it’s virtually lag-free it’s not desperately keen to chase down the red line. But with 295lb ft of torque on tap and an eight-speed auto that shifts swiftly and sweetly it’s certainly rapid enough, with 0-62mph coming up in 5.7sec on its way to a 149mph maximum.

Where the Giulia Veloce really scores though is with its intuitive chassis with pliant damping and a feeling that it’s light on its toes and always eager to please. Initially the steering can feel a little on the light side and coupled with a directness you don’t see in its competitors it can be a little disconcerting but after a few miles you appreciate its responsiveness, incisive turn-in and accuracy.

Then there’s the Alfa’s ride to consider that at all times errs towards the supple and while you might initially think it’s going to be overly soft it’s actually remarkably resistant to body roll and controls itself impeccably over dips and crests when we put it through its paces on the North York moors. The torquey engine has more than enough grunt to punch you out of corners and the brakes are powerful and progressive, too. Just a shame the ESP can’t be fully switched off to see how the Veloce performs in extremis.

And if you needed further persuading there’s the fact that the Alfa just does things a little differently from its German rivals – the cabin design, the driving position, its simple yet effective styling.

Thanks to its punchy motor, supple and rewarding chassis, powerful brakes and some of the best bits of the Quadrifoglio’s DNA (but without the hefty price tag) the Giulia Veloce is the best sports saloon you can currently buy. Alfa is back (again), hopefully this time it’s here to stay.

[…] the outside, the Giulia Veloce Ti gets the Carbon V-grille and side mirror casings, red brake calipers, 19-inch alloy wheels […]

[…] Alfa Romeo Giulia Veloce is victorious in category ‘Imported Standard Sedans/Station Wagons up to €50 000’. Both models also score third place in their respective overall category, ahead of major German competitors. […]