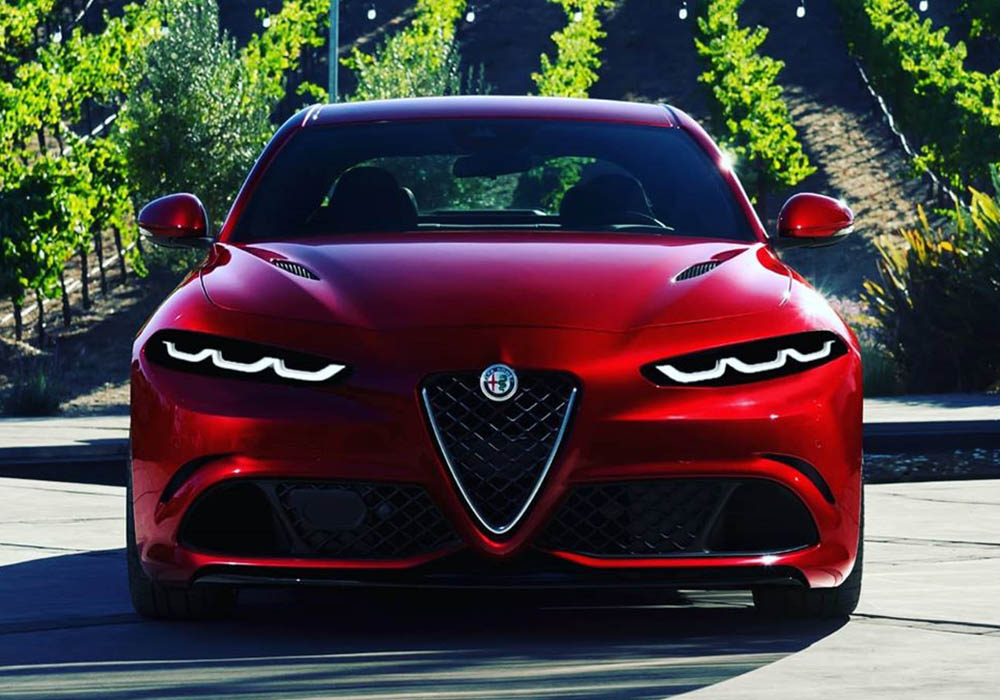 Alfa Romeo Giulia and Stelvio to get cool new headlights

You might think that Alfa Romeo’s Giulia and Stelvio would be due for a redesign soon, given that they’ve both been out for around for five-plus years with few changes. But it appears that the 2024 editions of these models will feature minor changes, as previewed by these Europe-market updates. An Alfa Romeo spokesperson told C/D that U.S.-specific information about the 2024 Giulia and Stelvio will be coming in the middle of next year.

New headlights and taillights highlight the exterior changes, and the headlights feature LED matrix technology. The “3+3” accent lights are meant to tie these models in with the new Tonale crossover’s lighting signature. The taillights, meanwhile, have rearranged LED elements. The interior benefits from a new 12.3-inch digital gauge cluster with three display modes: Evolved, Relax, and Heritage.

There aren’t any changes to the cars’ base powertrain, a turbocharged 2.0-liter inline-four with 280 horsepower and an eight-speed automatic transmission. Alfa Romeo hasn’t made any announcements about changes to the Quadrifoglio performance variants, which feature a twin-turbo 2.9-liter V-6 with 505 hp.