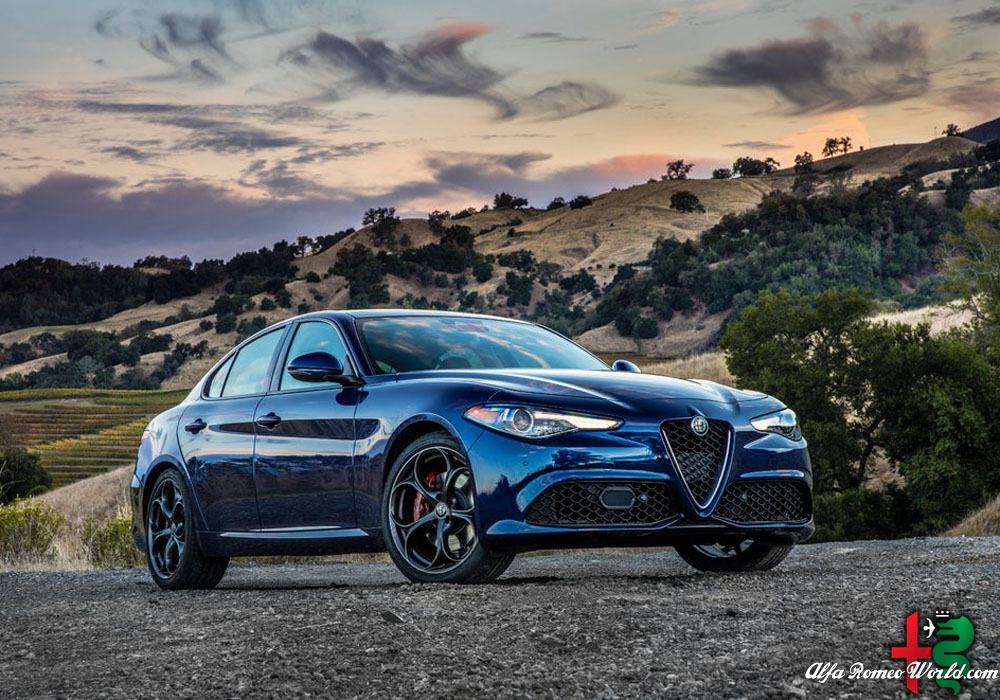 The Alfa Romeo Giulia is important for the Italian brand as it marks the return of Alfa Romeo to the North American market as a mainstream vehicle, especially in its more accessible four-cylinder models. The Giulia exudes Italian style and appeal, and it handles wonderfully well, but is it the complete package?

From the mid-1960s to the mid-1990s, Alfa Romeo was a niche, but culturally popular brand of vehicle in the United States. Most well known for its Giulietta two-door roadsters and its model 164 sedans, Alfa was a carefully cultivated brand. When the Italian company pulled out of the country the decision was largely financial, and though enthusiasts were disappointed, the reasoning seemed to made sense.

Then, about a decade ago, with the restructuring of Chrysler (with its Dodge, Jeep, and Ram Truck brands) under new Fiat ownership, rumors of Alfa Romeo’s return to the US began anew. When the Alfa 4C came to North American shores a few years later, Fiat-Chrysler announced that more Alfas would be seen soon. It didn’t take long for Alfa Romeo to announce that the Giulia sedan was on its way.

The 2017 Alfa Romeo Giulia marks the entrance of the Alfa brand into the mainstream luxury market. Though compact, this luxury sedan has seating for five, a base price tag that rivals most entry-level luxury sedans in its segment, and uniquely Italian styling that promises road presence and head turns.

The two mainstream models for the Alfa Romeo Giulia are the base and the Ti trims. These are both powered by a very well-engineered 2.0-liter intercooled, turbocharged inline-four-cylinder unit that produces 280 horsepower (209 kW) and 306 pound-foot (415 Nm) of torque. An eight-speed automatic transmission is standard equipment and there is no manual transmission option for the US.

Alfa put a lot of work into making sure that the little turbo four creates strong engine presence through both its feel and the noise it makes in the cabin during acceleration. It’s a well struck balance, with the engine pumping beautiful notes into the cabin without becoming intrusive or overbearing during highway driving.

The transmission exhibits solid shift patterns and smart movement through the gearing when in “Natural” (normal/comfort) driving mode. When the selector is moved to Advanced Efficiency mode, shifting becomes more erratic and sluggish in an effort to save fuel economy and in Dynamic (sport) mode, shifting becomes harsh and even clunky in an effort to make the car shudder as it accelerates. We found neither of these extra shift modes to be much to our liking with the Giulia, even when pushing the car’s sport driving limits.

Most drivers can expect to get 0-60 mph (0-92 km/h) times of about 6 seconds in the Alfa Romeo Giulia. That’s about average for the compact luxury sport sedan segment, despite the Giulia having a more powerful engine compared to most rivals. Our all-wheel drive model saw 5.7-second 0-60 times pretty consistently when tested on public roads. Alfa says that the 2017 Giulia with the 2.0 liter is capable of 5.1-second times.

What’s most beautiful about the 2017 Alfa Romeo Giulia’s performance, however, is the way that the power of the little four, the excellence of the many-geared transmission, and the beautiful handling characteristics of the car come together. Steering in the Giulia is more precise than many German sports sedans and the chassis, with its well-balanced suspension and weight distribution, make this precision a wonderful experience from behind the wheel. The Giulia glides around curves and bends in a way that few other sports sedans we’ve driven can match.

This is clearly an excellent foundation for a great car. The looks of the Alfa are also thoroughly in line with what should be expected of the premier Italian brand. The front grille has the signature (and oft-copied) Alfa Romeo triangle flanked by thin-slitted headlamps and strong intakes beneath. The hood flows backward from there, with accent lines to create both fender strength and the impression of powerful motion for the car.

Those elements set the stage for the rest of the Giulia’s design. Body lines, the greenhouse edge, and fender shapes all push the car forward, tilting slightly towards the front in contrast to the rear-canted roofline. Accents for the side mirrors, lighting, and clipped trunk edge are beautifully done, and keep the classy, luxury presence to the fore. The rear deck and fascia of the Giulia have unusual amounts of detail compared to most in this segment, which tend to focus on the front of the car. The curves around the tail lamps, the edging for the deck lid, and the rounded bumper cover with its slight lines are excellent touches.

Sadly, Alfa Romeo Giulia drops the ball somewhat when it comes to the interior. In order to retain both the drivetrain’s unique engineering and the price point, it seems Alfa’s designers had to skimp. It’s not terrible, by any means, but compared to most in the luxury segments, it’s not very … well, luxurious.

The design itself is fine in terms of how it feels. The dashboard is lifted and pushed in a very European way, seating is thin and lightweight without becoming uncomfortable (again, a Euro thing), and spaciousness is about what can be expected for the compact segment. Materials quality is the problem with the Giulia.

The interior uses a lot of cheaper-feeling plastics and plain materials that don’t have the bling or lushness found in most luxury cars. That can be remedied by upgrading from the base model to the Ti trim (roughly US$3,000 in difference), which adds some wood and faux metal to the mix. Another shortcoming is in storage, which is sorely lacking inside the Giulia no matter the trim point. Trunks space is adequate, however, with plenty of access thanks to a wide opening. The split-fold rear seats (standard) allow pass-through access to expand storage.

Another issue is entry and egress from the rear, which is cramped already thanks to the Giulia’s compact design and front-seat-centric interior. The door openings are thin at the bottom to accommodate wide fender wells and the saloon-styled front end. Most passengers will not feel especially cramped once in those back seats, but sitting three across is more an on paper exercise in seatbelt placement than something we’d actually recommend doing.

On the bright side, the infotainment system is exceptionally well integrated into the Giulia’s dashboard – so well that it flows as part of the interior’s design. Alfa could get away with designing it this way as there are only two screen options to accommodate.

The infotainment is not Chrysler-based, as we would have expected, but is instead Alfa’s own user interface. That’s both good and bad. Good in that the Uconnect system from Fiat-Chrysler is based on a large 8-inch touchscreen that would be out of place in the Giulia, bad in that the Uconnect system is easily the best in the business for usefulness and short learning curve.

As it is, though, the Alfa Romeo Information and Entertainment system (they reserve the good names for vehicles, apparently) is based on the European penchant for having command knobs in lieu of a touchscreen. This ideal has become the hallmark of “luxury” and is now as common an indicator of a car’s upscale status, along with the analog clock with no numbers on it gracing the dashboard.

Use of the Alfa system is relatively straightforward and simple. Options are somewhat slim compared to many competitors, but even the base-level system with its 6.5-inch screen comes with three USB ports, Bluetooth connectivity, and very well-conceived voice control. The upgraded system has an 8.8-inch display that reduces the bezel of the integrated dash setup and adds navigation, some real-time traffic and weather options, and a more crisp output on-screen. Apple CarPlay and Android Auto are not available, but Alfa says they’ll appear in 2018. For us, the infotainment upgrade is worth it for the better screen, if nothing else.

There’s a couple of caveats, but the 2017 Alfa Romeo Giulia is definitely a car worthy of consideration by luxury sport buyers. It starts at a manufacturer’s suggested price of US$37,995 and has the looks and performance at that price to make for a compelling argument against any rival. The interior is not as posh as we’d expect in this segment, but certainly matches or exceeds many of the German options at a similar price point.

In short, the Alfa Romeo Giulia is a beautiful car that’s wonderful to drive. It turns heads wherever it goes and holds its own for most everyday needs as well.