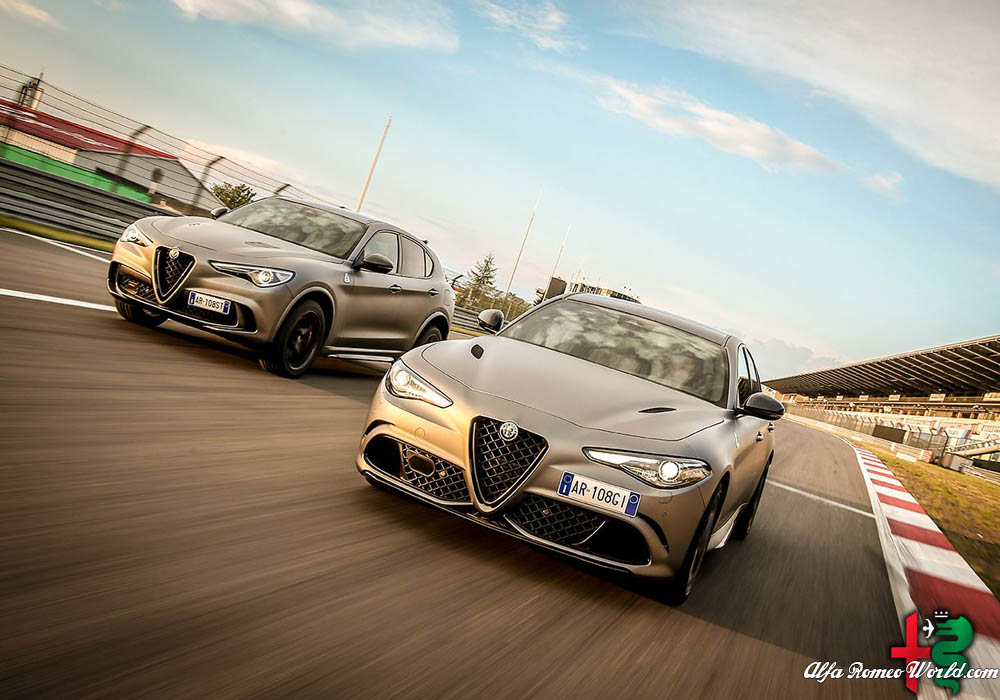 Alfa Romeo might not have any brand new metal at this year’s Geneva Motor Show, but there will be a flurry of special editions on display. New variants of the Giulia, Stelvio and 4C will be gracing the stands, although it’s not clear yet which will be coming to the UK.

The Stelvio and Giulia NRING editions are based on the Quadrifoglio versions of both cars, built to celebrate their respective titles as the fastest production SUV and four-door saloon around the German racetrack.

New options packs are available for standard Stelvios, too. A model will be on display with a leather-trimmed dashboard and door panels, while a new Performance Pack will also be offered. This includes Alfa’s adaptive suspension, aluminium paddle shifters and a locking rear differential.

Alfa’s 4C sports car has also been given a lift with a couple of new special editions. The 4C Competizione is based on the standard coupe, with additions including Vesuvio Grey paintwork, a carbon roof and a carbon tipped rear spoiler. Grey alloy wheels, an Akrapovic exhaust system and red brake callipers complete the exterior look, while inside red sticthing and microfibre trim is added.

The 4C Italia special is based on the 4C Spider, adding Misano Blue paint and yellow brake calipers, plus new ‘Spider Italia’ decals behind the doors. An Akrapovic exhaust also features, as does yellow contrast stitching in the cabin and an Alpine premium audio system.

[…] think that it’s necessary because our cars now are extremely capable as they are. Their Nurburgring lap times prove […]