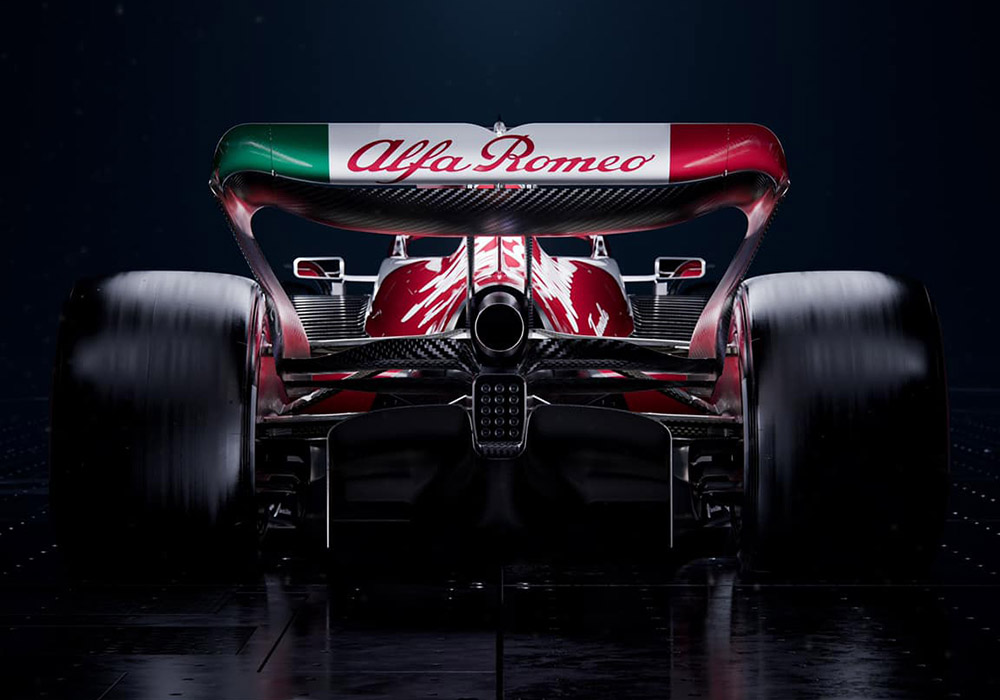 Why Alfa Romeo have gone bold with innovative C42 design

Although Alfa Romeo C42 already completed F1 pre-season running over three days at Barcelona last week, it did so in camouflage livery which at its official launch today was replaced by an updated variation on Alfa’s traditional red and white colours.

They give a clearer impression of the car’s elegant lines and its relatively short wheelbase, within which notable design features include:

• A quite sophisticated front wing
• A push-rod rear suspension (like Red Bull, AlphaTauri and McLaren) and an unusual geometry of its front push-rod layout
• Similar packaging of the Ferrari cooling system, as seen on the Ferrari itself (and the Haas), giving sidepods which are fat but heavily undercut at the front, with heavily louvred sidepod tops

The 2022 regulations stipulate a wheelbase length of between 3460-3600mm. Everyone but Alfa is towards or at the upper end of this, as packaging of the power unit and their cooling systems is very demanding. But Alfa has managed to package everything into a wheelbase of just over 3500mm, making it easier to bring the car down to the regulation minimum weight.

The front wing continues the team’s tradition of the elements falling away heavily at the outboard ends to encourage outwash around the tyre. It is unusual in how heavily the lower edge of the wing is contoured, making for quite a wavy line with the ground.

These curves reflect how the wing elements across the span of the wing are separated into three quite distinct sections: