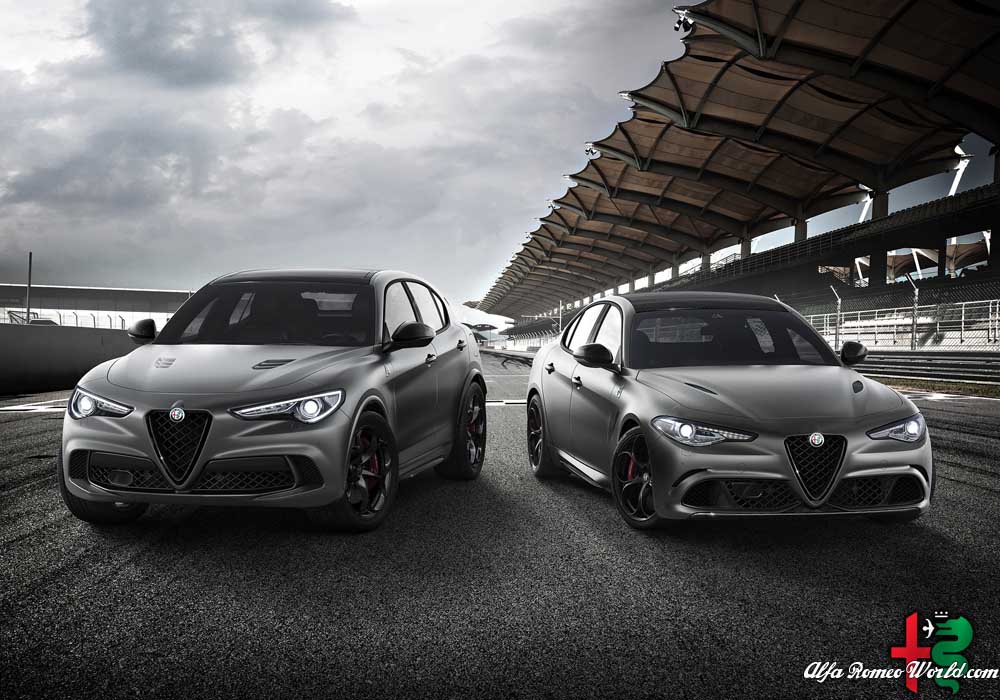 If asked to name the Italian car brand with the grandest pedigree in motorsports, perhaps your answer would be Ferrari. But the cognoscenti know that Alfa Romeo has a more extensive racing history. The record includes the first grand prix world championship in 1923, the first two Formula One world championships in 1950-51, four wins at Le Mans, 10 victories in the legendary Targa Florio and a further 11 at the Mille Miglia.

So the return of Alfa Romeo as a global performance car brand – foreshadowed in 2007 with the release of the limited edition 8C Competizione and launched in earnest in 2014 with the 4C – is an honest effort, one borne of an authentic legacy.

Last year was big for Alfa Romeo around the world and indeed in North America, where the hope is for even more sales. The release of the Giulia and the Stelvio created an impressive one-two punch: these vehicles, built on a shared lightweight platform, placed the accent on handling prowess above all else.

The Quadrifoglio versions of both brought eye-watering speed into the mix, courtesy of a 505-horsepower twin-turbocharged V6. Lap records at the Nurburgring were duly broken and customers seeking a less-than-obvious choice in performance vehicles were drawn into the fold.

“We’ve brought to market the Giulia and the Stelvio. These two cars are playing in the two largest segments, the mid-size sedan and mid-size UV,” says Richard Cox, head of global product planning for Alfa Romeo and Maserati. “All of the data that we’ve gotten back, whether it be from customers [or others] is … what they’re looking for in the Italian car [is] the great design and incredible performance that set us apart.”

That statement is no stretch: Even on a track beset by a rain deluge worthy of a disaster movie, the Quadrifoglio twins proved their mettle. The Stelvio, being an all-wheel-drive vehicle, was the more stable and sane of the two, given the conditions. But even the rear-wheel-drive Giulia, with its sensitive throttle and rapid engine response, was less of a scare than anticipated.

Of course, there are sideways moments, but all of them are expected. When the Alfa splashes across the most extreme of rivers, when the front wheels aren’t perfectly straight, when the accelerator pedal is treated with less than the required amount of respect.

The power is impressive, but the balance is what makes the Stelvio and the Giulia works of magic. It’s also clear from other aspects of these two vehicles – such as the feeling of the switchgear and the functioning of the centre screen – that the bulk of the development money has gone elsewhere. Namely: to areas you can’t see, to areas that matter most to enthusiasts.

Now, it’s onward and upward for Alfa Romeo, according to stewards of the brand, despite the fact that sales deep into its five-year plan are not where they should be. In 2014, management predicted annual sales in 2019 would be around 400,000. At a recent shareholders’ meeting, that same number has been set as the target for 2022.

This past February, Tim Kuniskis, a die-hard muscle car advocate, was tapped by Fiat Chrysler Automobiles CEO Sergio Marchionne to take over leadership of both Alfa Romeo and Maserati. In his previous role as head of the Dodge brand, Kuniskis led an impressive resurgence, powered by a series of audacious performance cars, including the Challenger SRT, Durango SRT and Challenger SRT Demon.

The key, says Cox, is a move towards a full product range. Dealers have been excited about luring Alfa customers from other brands. Giving them more choice strengthens appeal. The next stage for the brand includes a larger utility vehicle, a compact utility vehicle, a larger sedan and two halo sports cars.

“The halo car is extremely important to Alfa Romeo,” says Cox. “Alfa is the sports car brand – for every single vehicle that Alfa brings to market, it’s the sports car of the segment. So what we want our halo car to do is position the brand, demonstrate the full technological prowess of our engineers and our designers, [and be] a world-class performance vehicle.”

There are actually two different halo cars coming down the turnpike, both of which echo past models. Cox describes the first, the GTV, as being the “more attainable” halo car and the other, the 8C, as being “the poster that everyone’s going to have on their wall.” Of the two, the 8C will be more interesting to hardcore enthusiasts: The forthcoming supercar will reportedly boast an electrified drivetrain, 700 horsepower and a 0-100 km/h sprint time of less than three seconds.

The previous 8C, the model that tested the American waters in 2007, was a rare car — only 500 examples were built during a three-year production run. That model featured a naturally aspirated Maserati V-8 engine surrounded by gorgeous carbon fibre bodywork. The next 8C promises to be even faster and just as desirable.

“If you look at the performance metrics that were put out there, the horsepower level as well, [the 8C] is certainly going to be pretty exclusive and not inexpensive,” says Cox. “But there are no specifics on positioning in the marketplace or how limited [it might be]. But, clearly, this is the one you want everyone salivating over and collectors chasing after — it sets the tone for what this brand can do.”