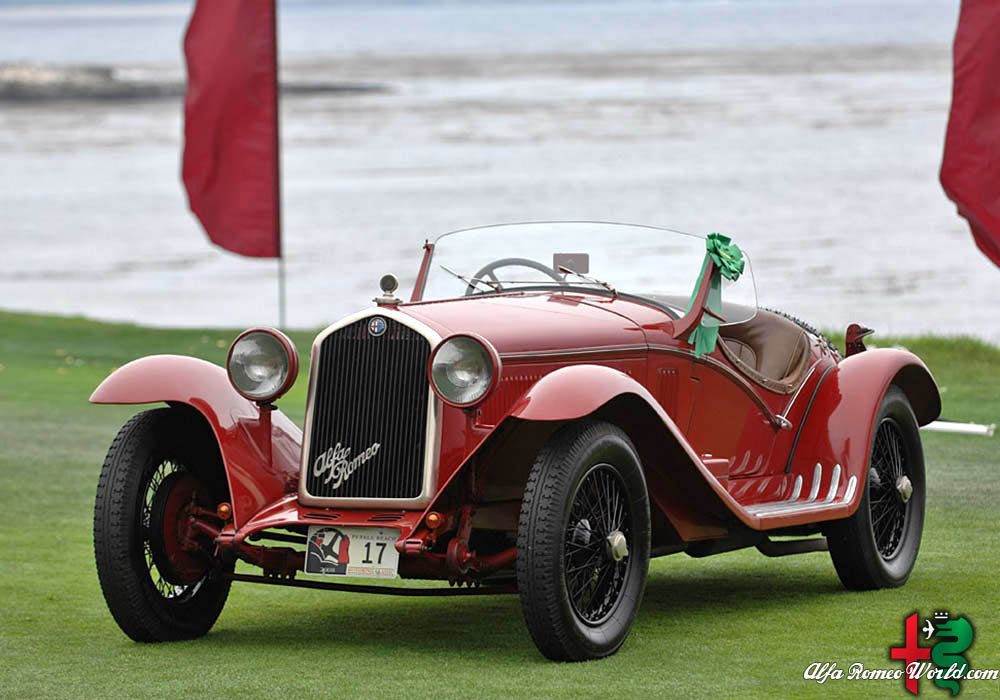 A stunning 1932 Alfa Romeo 6C Spider was named ‘Best in Show’ at the 2018 Australian International Concours d’Elegance at Motorclassica.

Owned by Lawrence Southward, the Alfa 6C 1750 GS Spider was judged the ‘best of the best’ among the many class winners in the hotly-contested Concours competition, which headlined Motorclassica, Australia’s premier annual collector car and motorcycle exhibition.

While the beautiful black 1932 Alfa Romeo was adjudged winner of the Concours’ highest accolade by the independent judging panel, the 24,000 visitors to Motorclassica 2018 at Melbourne’s Royal Exhibition Building chose their own winner, with the 1969 Holden Monaro GTS of owner Sam Santoro claiming the popular ‘People’s Choice’ award.

“Every year the standard of our Concours entrants keeps getting higher and making the judging that much more difficult, the panel is literally having to make judgements on the most minute of detail.

“It’s fantastic to see this evolution and to share the passion of the owners with our Motorclassica audience.”

Originally owned by English jazz musician and racer Bubby Featherstonehaugh, the Alfa Romeo 6C resided in the UK for many years before making the trip to New Zealand. It then began a lengthy restoration that was started by Lawrence’s father and sister 16 years ago, both of whom unfortunately passed away during the process. The vehicle was only finished earlier this year after it was entrusted to the team at Bristol Motors in New Zealand.

With stunning aluminium bodywork by legendary Italian designer Zagato, it is powered by a supercharged 1,762cc in-line six-cylinder engine.

As ever, every category of the Australian International Concours d’Elegance saw the judges having to make difficult choices between the 140 very best collector cars and motorcycles in Australasia.

In the Preservation classes, Greg Mackie won the Pre-1950 award with his 1924 Minerva AB Tourer, the Post-1950 award went to Greg La Manna’s 1974 Ferrari Daytona and Motorcycles Preservation to the 1972 Triumph X-75 Hurricane of Jordan Roddy.

Motorclassica this year celebrated the era of the Art Deco cars and a special award was presented for the best on display, which went to the 1937 Cord Custom Berlin Coupe of Terry Dowel.

Likewise, 90 years of the Australian Grand Prix was recognised with a special tribute, with the accompanying award going to a 1963 Brabham BT7A owned by Peter Harburg.

By contrast, Motorclassica also displayed an array of Micro Cars and the award winner there was the 1957 BMW Isetta 300 Coupe owned by Alvin Chua.