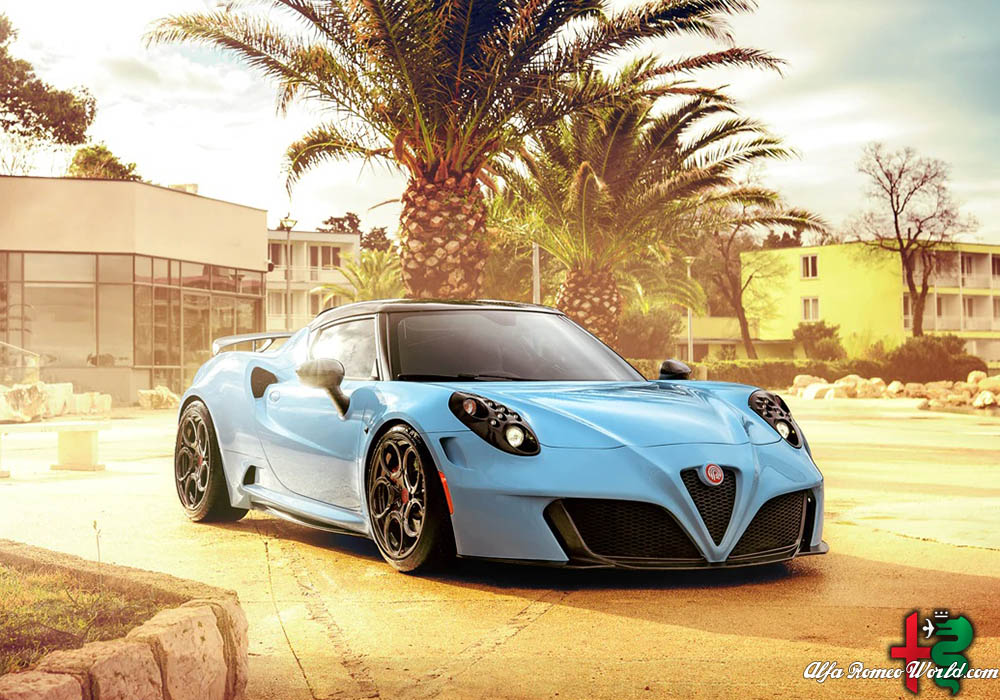 German tuner Pogea Racing is no stranger to Alfa Romeo 4C upgrades, having released multiple packages for the lightweight mid-engined coupe in recent years. Their latest kit is also arguably the best as it takes the rear-wheel-drive machine to new heights in terms of power and to new lows as far as weight is concerned. The new program goes by the name of “Zeus” and brings a multitude of improvements to turn the 4C into a tuner’s vision of a Quadrifoglio version that Alfa refuses to develop.

We will begin with the most important – power. Alfa’s turbocharged four-cylinder 1.75-liter engine is no longer developing the standard 237 hp and 258 pound-feet (350 Newton-meters) of torque as it’s been massaged to unlock a mighty 346 hp at 6,100 rpm and 338 lb-ft (458 Nm) from 2,800 rpm. The added oomph was gained by installing a modified turbocharger, upgraded high-pressure pump and injectors, plus a stainless steel exhaust with carbon tips.

Aside from packing a lot more power than the stock model, Zeus is also considerably lighter as Pogea Racing was able to shave off about 100 kilograms (220 pounds) by making extensive use of carbon fiber. Without the sound system but with a full tank of gas, this car painted in the tuner’s own Kenny Blue shade tips the scales at a remarkable 904 kilograms (1,993 pounds).

Looking more aggressive thanks to the prominent wing at the back, the heavily modified Alfa Romeo 4C Coupe received the tuner’s own 18-inch front and 19-inch rear wheels complemented by a coilover suspension developed together with KW. The center of gravity has been reduced by as much as 50 mm (nearly two inches) and that should pay dividends in terms of handling. To avoid damaging the underside of the front bumper, there’s a nifty hydraulic lift system to raise the nose of the car.

Stepping inside the cabin, Zeus gets Bentley-style black Nappa leather with orange accents inspired by Lamborghini and combined with perforated leather surfaces derived from Porsches. If you can’t do without the sound system mentioned earlier, the Alpine setup comes bundled with a subwoofer and a reversing camera. The Gulf theme is a nice touch, as are the velour floor mats and the 12 o’clock marker on the steering wheel.

Pogea Racing is making 10 examples of the Zeus, but three of them have already been built and delivered to their rightful owners. If you want to claim one of the remaining seven cars, the starting price is €50,100 (about $56,850 at current exchange rates), but bear in mind it doesn’t include the donor car.