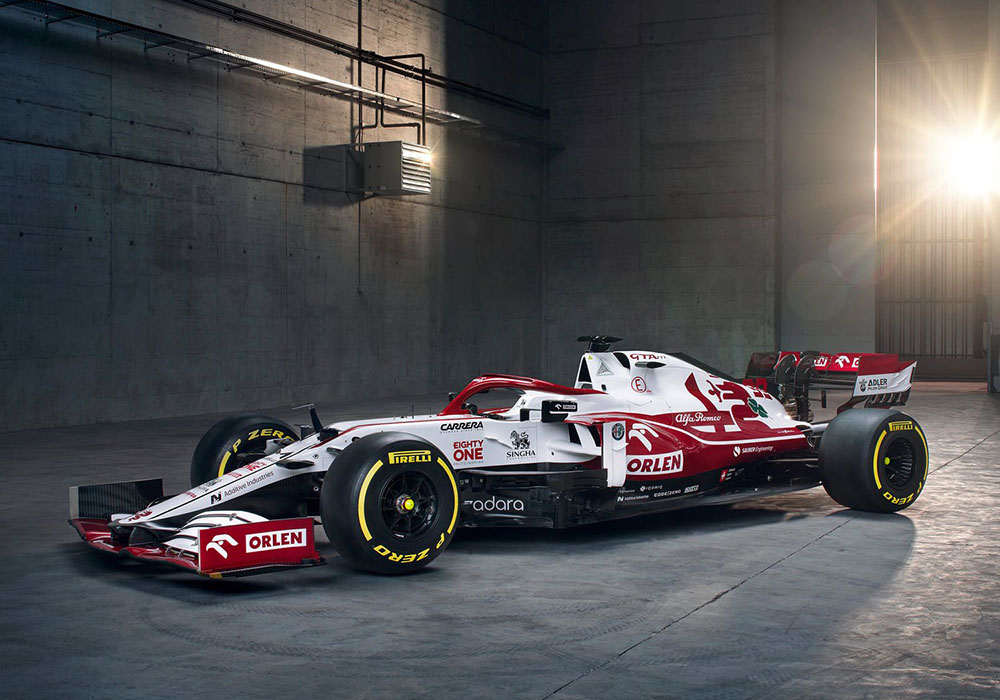 Alfa Romeo has unveiled its new C41 Formula 1 car ahead of the 2021 season, sporting some minor livery design changes from last year.

At a launch event in Warsaw with title sponsor PKN Orlen, Alfa Romeo drivers Kimi Raikkonen and Antonio Giovinazzi were on hand to take the covers off the new car for the coming season.

The C41 livery has flipped the colour scheme at the rear of the car from last year, turning the engine cover white with a red logo, and making the sidepods red.

The new car will make its on-track debut this Friday in a shakedown at the Circuit de Barcelona-Catalunya before enjoying its first extended run-out in pre-season testing on 12-14 March.

“The launch of a new car is always an emotional moment, the culmination of months of effort from everyone back at the factory and the start of a new adventure,” said team principal Frederic Vasseur.

“I think the philosophy upon which the team is based remains the same – we have to do a better job tomorrow than we are doing today. We finished last season in P8, so we have to target a better result in 2021. To do so, we have to keep improving in each department, trackside and back at HQ.